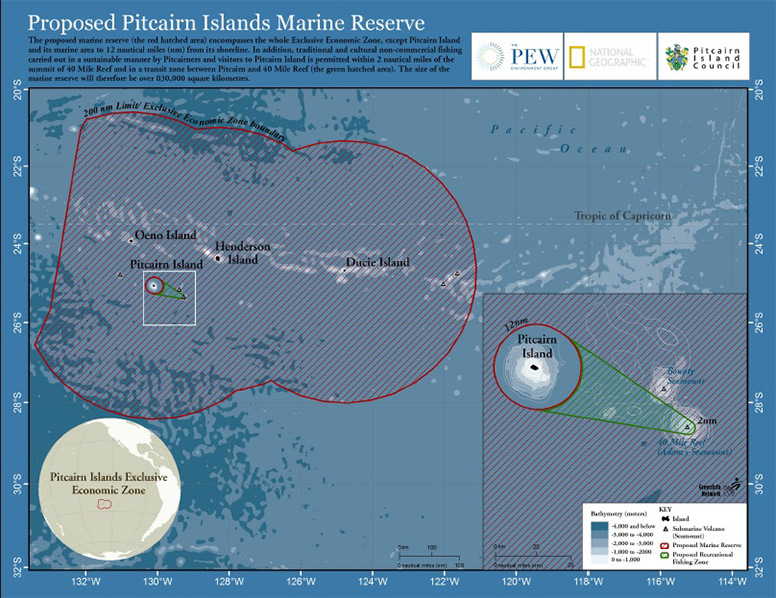 The purpose of the Pitcairn Islands Marine Reserve is to fully protect the special marine environment and to provide a world-class, fully protected marine reserve to attract scientific research, non-consumptive tourism and other non-extractive economic uses, and favourable global recognition for Pitcairn.

We propose the establishment of a Pitcairn Islands Marine Reserve with the following provisions: