Blue and White in Brussels: Crowds Gather in Support of Antarctic Marine Reserves

Members of Pew's marine conservation team had a chance to connect with representatives of Antarctic Treaty countries from around the world at meetings May 20 to 29 in Brussels. A 17th-century chapel was the setting of an Antarctic Treaty Consultative Meeting "Blue and White" reception hosted by the Belgian government May 23 to celebrate the value of the snow-white Antarctic continent and the icy blue waters that surround it. Twenty-four countries and the European Union must come to consensus in July if Antarctic waters—some of the last untouched wilderness for penguins and thousands of other species—are to be protected. 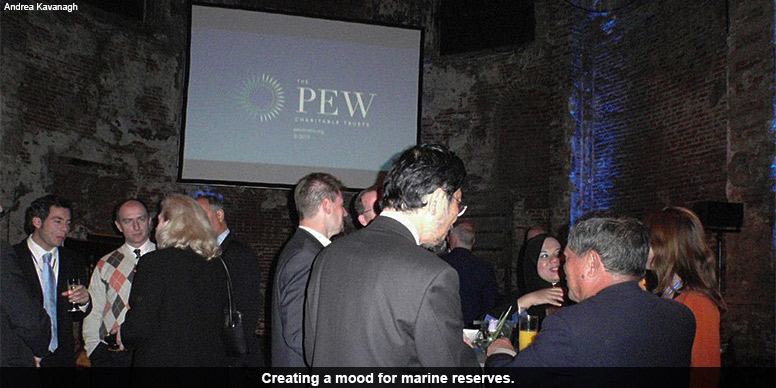 More than 200 of the 400 delegates who gathered in Brussels for the Antarctic Treaty consultative meeting mingle at the Belgian government's reception promoting Antarctic marine conservation. Most minds are on what could be a nail-biting finale for the Ross Sea and East Antarctic marine reserve proposals. These areas in the Southern Ocean were nearly designated reserves in October 2012 and are up for review again at a special meeting in Germany in July. 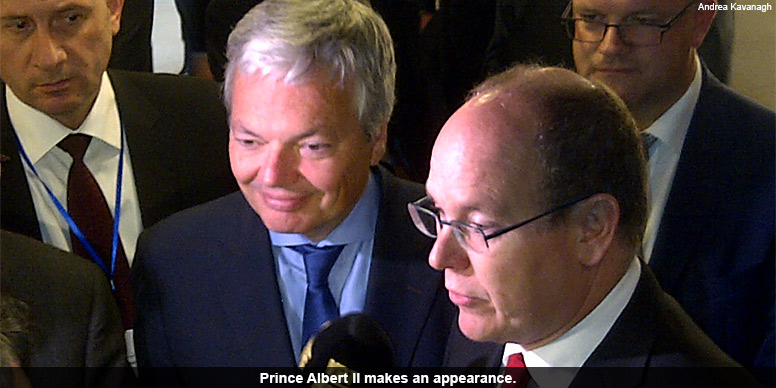 Prince Albert II of Monaco, on the right, is interviewed by the Brussels press corps. With him is Didier Reynders (left), the Belgian deputy prime minister and minister of foreign affairs, foreign trade, and European affairs. The prince, a passionate advocate for the Southern Ocean, spoke to ministers, scientists, and nongovernmental organizations May 22, just six weeks before world leaders will decide whether to create in Antarctic waters two of the largest marine reserves on Earth. "The state of Antarctica foreshadows the survival of the planet," he said. "We must throw all our resources into the battle to preserve Antarctica, particularly in the Ross Sea region." 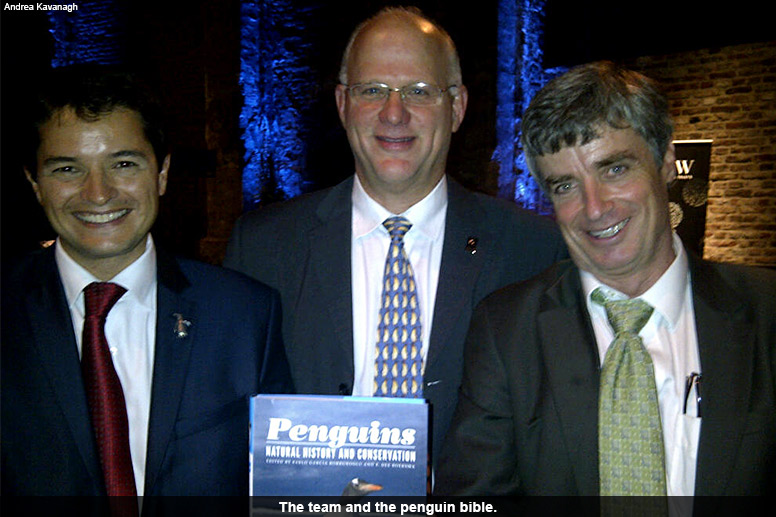 Pablo Borboroglu (left), a penguin expert, Pew marine fellow, and president of the Global Penguin Society; Rodolfo Werner, a marine zoologist and Pew policy adviser; and Gerry Leape from Pew's international team, display Borboroglu's new book, the first compilation of scientific information about the world's 18 penguin species. Scientists and advocates at Pew have been studying and working to protect Antarctic waters for more than a decade. 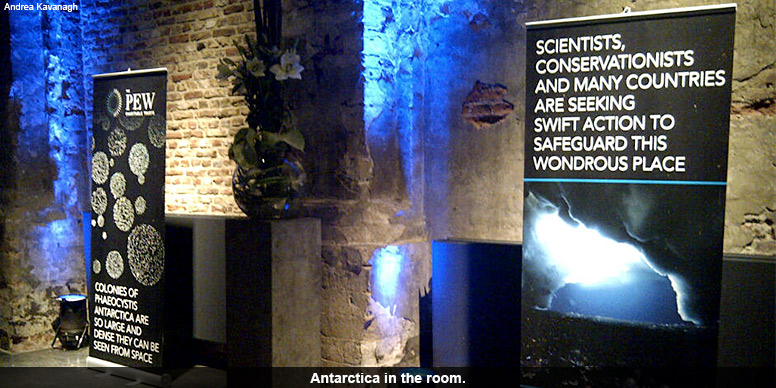 Banners around the chapel, illuminated with blue and white light, feature photos of the magical Antarctic environment by Pew marine fellow John Weller. 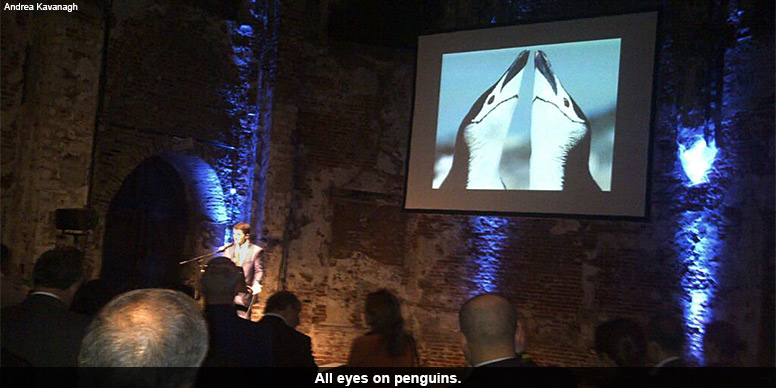 Borboroglu tells Antarctic Treaty delegates that the fates of penguins, Antarctica, and humans are linked. He explains that penguins are residents of both land and sea and are indicators of healthy environs, yet they are fast becoming threatened. His assessment of Antarctica: "It's a whole penguin continent." His request of the delegates: "It's the right time to protect the penguins. Penguin problems are our problems. It's time to act."