Imagine 600 people gathered in a room to talk about the future of fish and fishing. Think they swapped fish tales? You bet. But on-the-water stories aside, this group talked serious business. The May 2013 Managing Our Nation's Fisheries Conference in Washington mostly addressed issues that matter to anyone who eats seafood, drops a line in the water on a weekend getaway, or makes money from fish. Here are the Pew Charitable Trusts' key takeaways from the conference, which drew fishermen, conservationists, state and federal fishery managers, and congressional members and staff:

We are finally turning the corner in our effort to end and prevent overfishing. Our old policy of “fish first and ask questions later” led to overfishing of many important species. A smarter approach is to understand a species—its health, reproductive rate, and place in the food web—before allowing fishing. 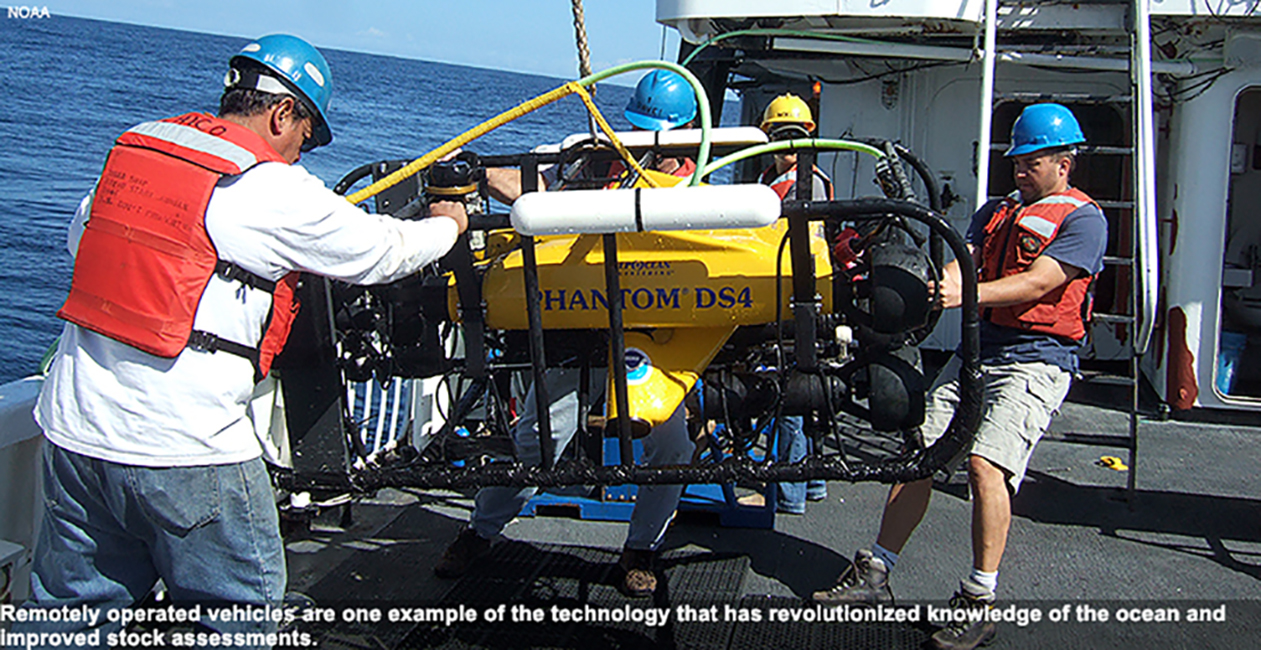 Thanks to federal fishery law, dozens of species are recovering from overfishing, and hundreds now have scientifically sound catch limits. The economic benefit of rebuilding all depleted fish populations is $31 billion added to the economy and 500,000 new jobs a year, according to the National Oceanic and Atmospheric Administration. As Congress considers changes to the Magnuson-Stevens Fishery Conservation and Management Act, members should not weaken the law but build on its successes. 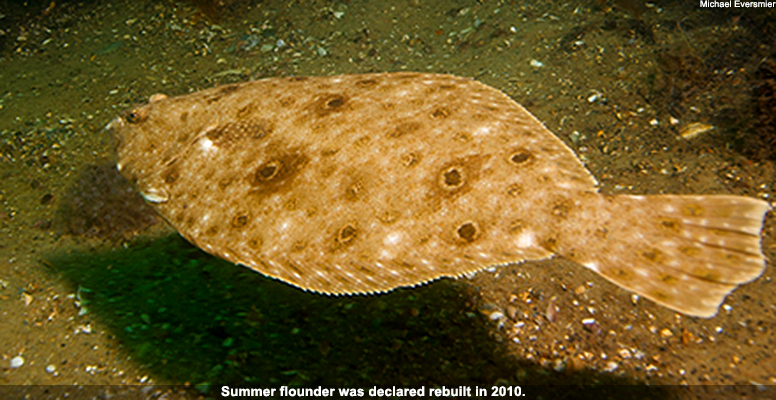 Some fishing interests want more flexibility in regulations, but the law already is flexible. Recovery times for about half of the depleted species that have rebuilding plans extend beyond the 10-year target. Too much flexibility in the 1980s and 1990s got us into the trouble we are in today. Clear targets and firm catch limits are working to rebuild many species, so let's not change those requirements. 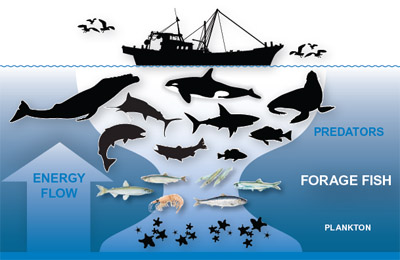 Managers mostly have regulated fishing one species at a time, but we must change to a system that considers the role that fish and fishing play in ocean ecosystems. Healthy oceans need a thriving diversity of marine life, and we should alter our fish management methods to consider the big picture. An ecosystem-based fisheries management system can achieve this goal.

5. On the Front Lines

We've only just begun to wisely manage our valuable fish populations. Fishery managers will need to broaden their approach and consider looming challenges such as ocean acidification, warming seas, habitat preservation, and protection of food webs. We should not allow fishing in new areas until we're sure it won't cause harm.

Whales, dolphins, birds, and valuable fish species need food to eat. We must protect their prey—small fish such as sardines, herring, and mullets—by limiting new or expanded large-scale fishing on these and other types of forage fish until scientific studies are considered and new rules are developed to protect these important fish.

7. Places to Live, Spaces to Spawn

Fishermen, conservationists, and policymakers agree that we must protect fish habitat. More must be done to identify and conserve a diversity of habitat, ranging from coastal waters to the continental shelf edge to the deep, rocky sea bottom. 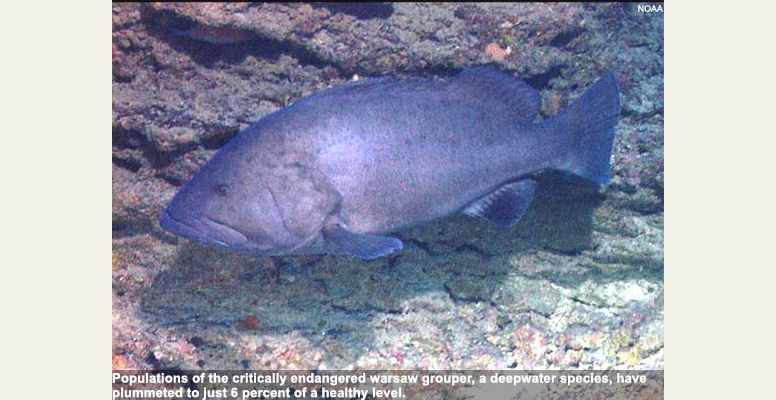 Warming seas are prompting fish to flee to cooler waters, so managers need to take these conditions into account when setting rules. Climate change shouldn't be an excuse for inaction on declines in fish. Adjusting catch limits and enforcing rules will help populations be more resilient in the face of many threats, including hotter oceans. 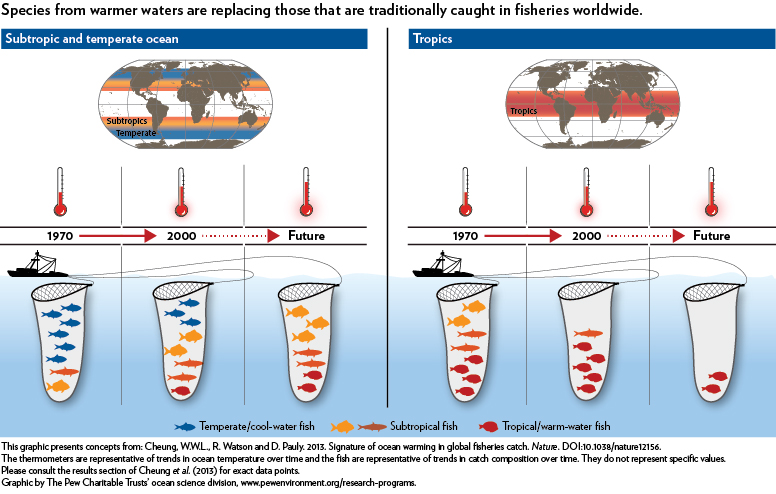 Scientists can learn much more from the fishing community through additional cooperative research. These joint efforts empower fishermen and can be a cost-effective way to collect data that form the basis of fish population studies. 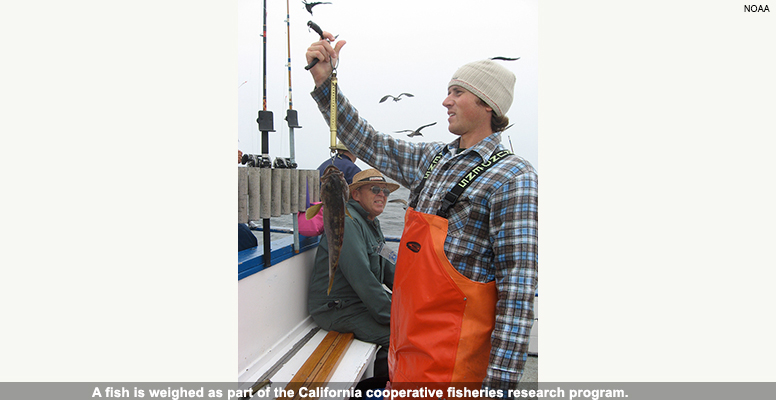 Up to $23 billion worth of seafood is stolen from the world's oceans annually. Congress should take simple steps to combat illegal fishing by strengthening enforcement, increasing monitoring, and improving international management. 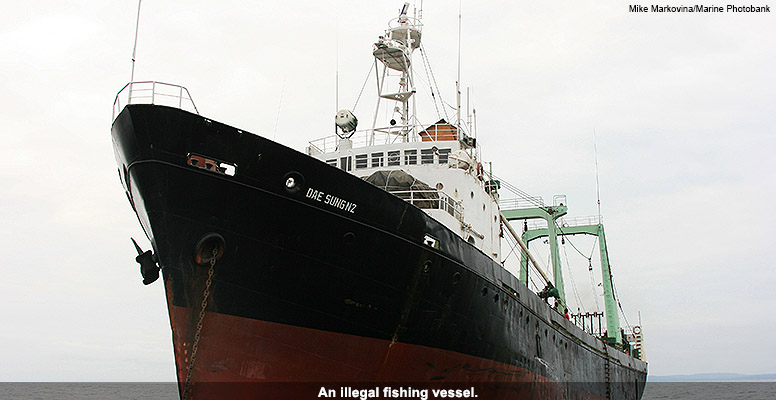