“Chilean sea bass” is on the menu and in grocery stores, but before you pick up a knife and fork, consider that your dinner may have been fished from one of the last pristine environments on Earth.

The Ross Sea is one of two Antarctic regions that could, as of this summer, become the world's largest marine reserves. Yet the Ross Sea is also where Antarctic toothfish, now marketed to consumers as “Chilean sea bass,” are caught. Despite scientific criticism, the Ross Sea toothfish is certified as a sustainable fishery by the Marine Stewardship Council, the largest seafood certifier in the world. Recently the Monterey Bay Aquarium's Seafood Watch program promoted it as a “good” alternative to other seafood.

Known as the “shark of the Antarctic” (although it is not really a shark), the toothfish is the top predator in the Southern Ocean. It appears to be in decline in the Ross Sea, corresponding with the rise in industrial fishing, according to a 2012 study (PDF). Scientists warn that intensive fishing of top predators destabilizes the food chain by causing toothfish prey to proliferate and putting pressure, in turn, on the species that these prey eat. 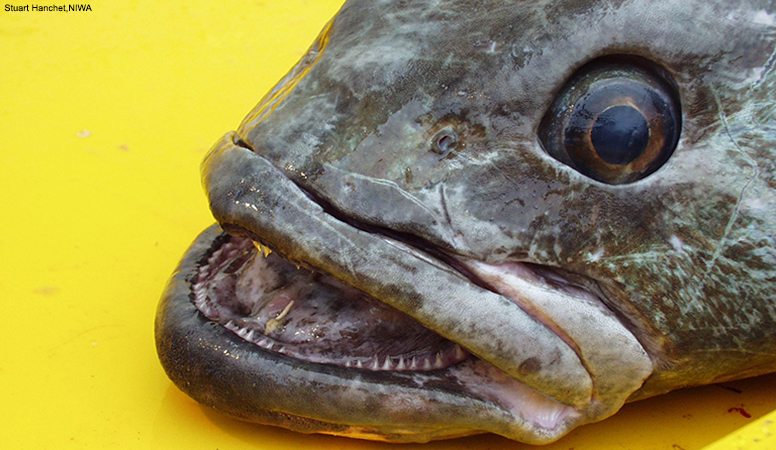 Toothfish are big—they can outweigh a 250-pound man, grow longer than 6 feet, and live up to 50 years. The industry's practice of targeting mature toothfish significantly reduces their ability to reproduce, according to the 2012 study. Only after they grow to at least 3 feet in length are toothfish likely to be found near the surface, where they prey on larger fish and are vulnerable to large-scale fishing—and it's only at this mature stage that their reproductive rates increase.

Promoting a toothfish fishery in the Ross Sea is a step in the wrong direction. Let's set the table for something more sustainable: comprehensive Antarctic marine reserves. -Andrea Kavanagh, The Pew Charitable Trusts

The creation of marine reserves in the Antarctic could protect toothfish and their habitat. In July, delegates from the two dozen countries and the European Union that are members of the international Commission for the Conservation of Antarctic Living Marine Resources will consider creating reserves in the Ross Sea and the East Antarctic marine areas in the Southern Ocean. The meeting in Germany on July 15 and 16 will consider the Ross Sea proposal from New Zealand and the United States, and the East Antarctic proposal from Australia, France, and the European Union.

"With the majority of the world's fisheries fully exploited, it's long past time to create international marine reserves,” said Andrea Kavanagh, who directs The Pew Charitable Trusts' campaign to protect the Southern Ocean. “Promoting a toothfish fishery in the Ross Sea is a step in the wrong direction. Let's set the table for something sustainable: comprehensive Antarctic marine reserves, not Chilean sea bass."

A consensus decision at the July meeting would create the largest marine reserves on Earth. At present, less than 1 percent of the world's oceans are fully protected.