Fishing for shad on the Potomac River at Fletcher's Boathouse is a spring tradition for many Washington-area anglers, including me.

As a food source for larger fish, birds of prey, and other animals, shad provide a great example of the interconnectedness of nature—which for decades hasn't received enough attention from fisheries managers. Although we've made remarkable progress toward ending overfishing and restoring depleted populations, we have been missing the bigger picture by focusing on individual species—the marine version of missing the forest for the trees. Managers need to take a more thorough look at the current impacts of fishing on entire marine ecosystems and new broader threats facing our oceans. As it turns out, we'll have an opportunity to begin that discussion over the next few days. 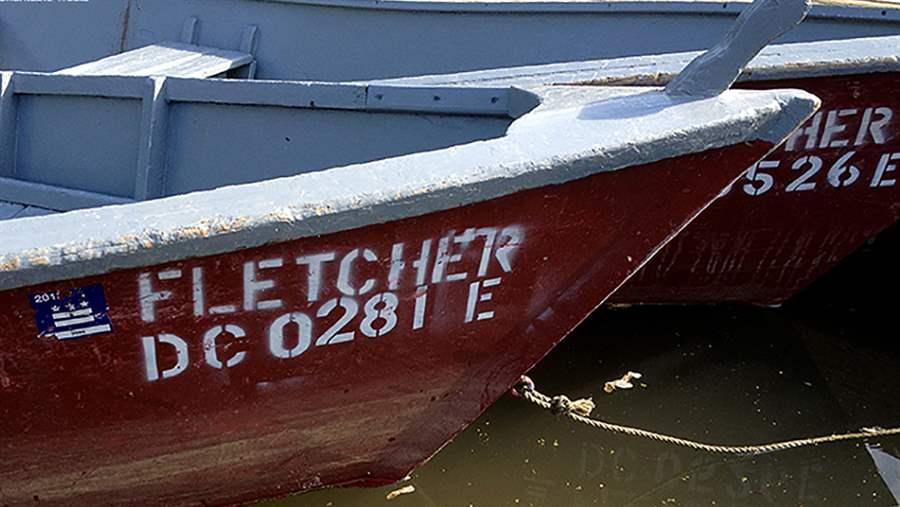 Fletcher's boat near the boathouse

Hundreds of fishermen, conservationists, managers, and ocean experts from around the country are gathered in Washington, D.C., May 7-9 for a summit hosted by the National Oceanic and Atmospheric Administration and the regional fishery councils. The conference, Managing Our Nation's Fisheries 3, will provide a rare opportunity for stakeholders to discuss an array of fisheries issues facing our nation. My hope is that this discussion will build on past achievements and identify new ways to better meet remaining and future challenges.

The Magnuson-Stevens Fishery Conservation and Management Act, the bedrock law governing U.S. fisheries, is up for debate and amendment in Congress. This conference will formally launch the reauthorization discussion.

In the 1960s and 1970s, fishing by large foreign vessels in U.S. waters brought many valuable commercial species to the brink of collapse. The Act's passage in 1976 pushed out the foreign fleet, promoted the U.S fleet, and put the nation's ocean fish populations under U.S. control. This was strong progress. Unfortunately, domestic overfishing soon replaced the overexploitation by foreign vessels. Along with this came damage to ocean ecosystems from indiscriminate industrial fishing practices. So Congress strengthened the law in 1996 by calling for an end to overfishing, the restoration of depleted fish populations, the protection of important fish habitats, and the minimization of the catching and killing of nontarget ocean wildlife. Regrettably, overfishing remained a particular problem, which Congress addressed by amending the act again in 2006.

After decades of hard work and innovation, the United States now boasts one of the best fisheries management systems in the world: with science-based catch limits designed to end overfishing on all federally managed species and 32 previously depleted species rebuilt to healthy levels since 2001. These hard-won successes are profiled in Pew's new report, “The Law That's Saving American Fisheries: The Magnuson-Stevens Fishery Conservation and Management Act.”

While we have made significant progress protecting and restoring individual species over the past two decades, there's still much work to be done. As far back as 1996, Congress recognized that ending overfishing was just the beginning of sustainable fisheries management and it added amendments to Magnuson-Stevens to address the cumulative effects of fishing on marine ecosystems. We now need to do more to ensure healthy oceans by protecting essential forage fish, small prey species that our valuable fish populations rely upon and by reducing the effects of destructive fishing practices on habitats. Finally, we need to rethink how we broadly manage our oceans, in order to minimize the effects of individual decisions on the ecosystem. Doing so can help safeguard our gains while allowing us to handle new global threats to our oceans, including warming waters and ocean acidification.

Embracing ecosystem-based fisheries management can even help ensure that once again shad will migrate by the thousands up the Potomac to provide fishing opportunities for anglers like me and food for other fish and wildlife.