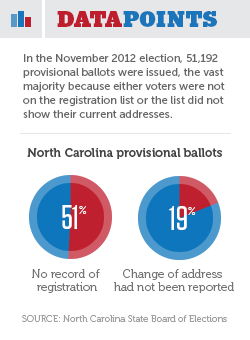 North Carolina provides access on its board of elections website to some of the most detailed elections data in the country. This includes information about provisional ballots cast, such as not only the number but also why they were issued—hard-to-find data in most states.

In the November 2012 election, 51,192 provisional ballots were issued, the vast majority because voters were not on the registration list or it did not show their current address:

The state rejected 27,828 provisional ballots—almost three-quarters of them because the voter was not registered. 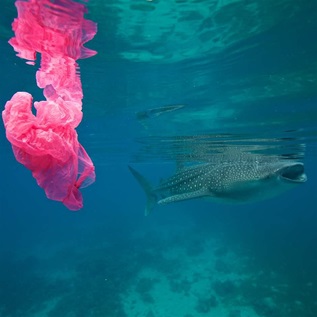 July 23, 2020 Research Finds Plastic Flows Into the Ocean Expected to Triple by 2040