The report also found that long lines occurred because some poll workers did not show up on Election Day. Of the 23 precincts in which voting machines did not shut down until at least an hour after polls closed, 16 had fewer workers than they were assigned. 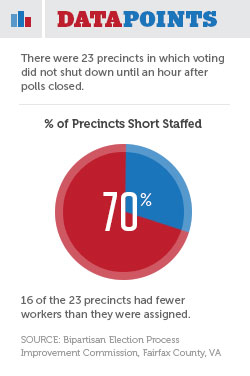