What do commercial fishermen, conservationists, and urban food connoisseurs have in common? They benefit from fresh seafood sustainably caught in the ocean. 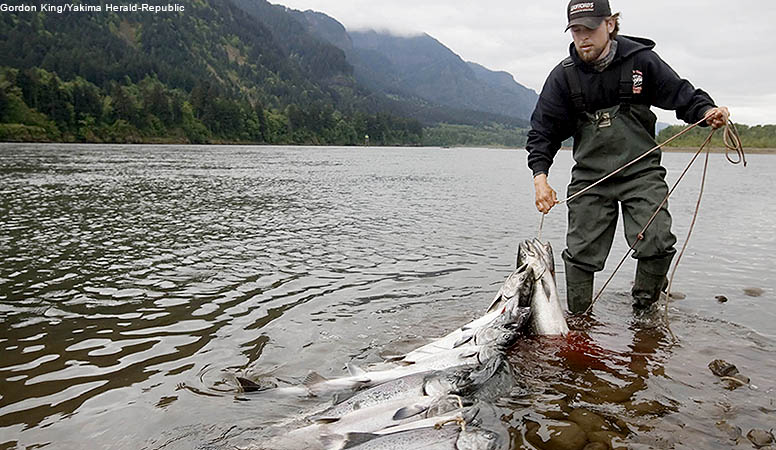 Representatives of these groups participated last month in the Wild Seafood Exchange, which is not actually an exchange of fish; it's an exchange of ideas about fish. The annual conference, sponsored by Fishermen's News, took place at the Best Western Agate Beach Inn overlooking the Pacific Ocean in Newport, OR. About 75 attendees discussed ways to strengthen the connection between fishermen and the retailers and restaurants that ultimately deliver salmon, tuna, and rockfish to seafood lovers far from working waterfronts such as the one on Newport's Yaquina Bay.

A 2012 report by this group of internationally renowned scientists calculated that forage fish are worth twice as much if they are left in the water because of their importance as food for commercially valuable predator fish.

Staff members of Pew's Pacific forage fish conservation project made the case that a bountiful ocean depends on an abundance of small schooling fish—such as sardines, herring, and smelt—that eat plankton and then are consumed by animals above them on the food web. Commercial fishermen who fish for salmon, groundfish, and tuna were especially receptive to this message, which was reinforced by the findings of the Lenfest Forage Fish Task Force. A 2012 report by this group of internationally renowned scientists calculated that forage fish are worth twice as much if they are left in the water because of their importance as food for commercially valuable predator fish. The panel recommended that new fisheries not be allowed to develop on little-understood species of forage fish because of their important role in the ecosystem. The Pacific Fishery Management Council is to consider such a policy when it convenes June 24 in Garden Grove, CA.

Conservation can deliver short-term and long-term benefits, according to some fishermen and retailers who participated in the conference. Port Orford, OR, fisherman Aaron Longton, for example, said he and others in the tight-knit south coast community pride themselves on their commitment to catching fish sustainably.