If states do not adopt fishing regulations that are consistent with the federal government's, red snapper's recovery is at risk.

Florida will decide next week whether to open its coastal waters to a longer red snapper fishing season and break ranks with regulators who have set the shortest season in federal waters—28 days. If Florida joins other states in allowing more red snapper fishing in state waters, federal fishery managers will cut the season for this fish in federal waters from 28 days to 21 days. The shortened season, set to start June 1, would be needed to avoid exceeding Gulf-wide catch quotas that are necessary to ensure continued recovery of the once-dwindling species.

The state's move could have far-reaching consequences for commercial and recreational fishermen, including less access to red snapper fishing for certain groups like charter boat operators, whose red snapper fishing is important to the Florida Panhandle's economy.

Florida's vote comes in advance of a new red snapper population study to be finalized later this spring. Based on preliminary information, evidence shows the once-depleted fish are doing better, but full recovery is still years away. Improvement in the red snapper population, however, is fueling calls for higher catch limits. While some increase may be warranted, there are many reasons to remain cautious.

If states do not adopt fishing regulations that are consistent with the federal government's, red snapper's recovery is at risk. Currently, federal managers set a single catch limit based on recommendations from their science advisors. If individual states set separate limits, it is harder to monitor and enforce. It also makes it more difficult to collect catch data that is crucial to setting limits in the first place.

Red snapper's decline was decades in the making. Chronic overfishing depleted the population and, until recently, mangers set allowable catch amounts that exceeded or pushed the limits of what the fish could sustain. This dilemma cannot be reversed in just a few years for such a long-lived fish. While early signs of recovery may tempt some fishermen and managers to favor more aggressive fishing rates now, only a cautious, long-term view will keep the species' population growth on track, and Florida and other Gulf states should recognize federal fishing limits. 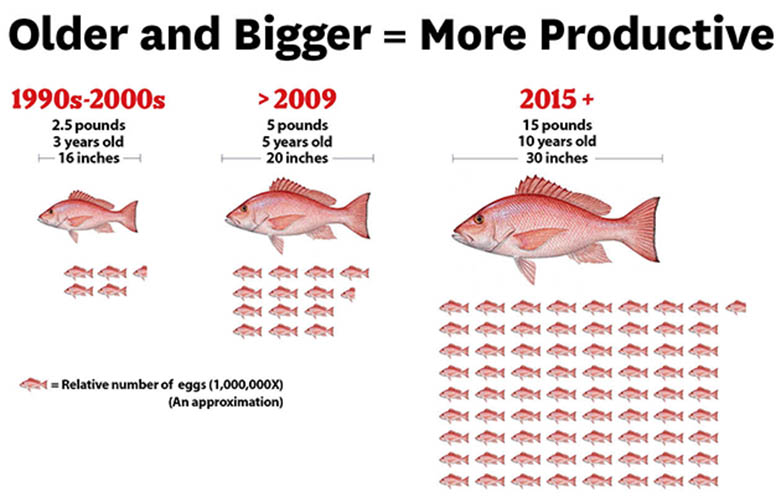