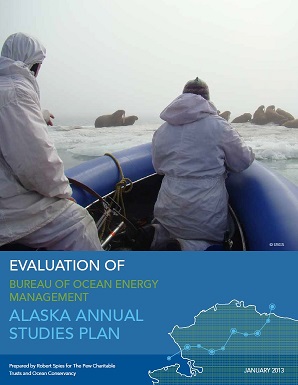 The Bureau of Ocean Energy Management's (BOEM) fiscal year 2012 Alaska Annual Studies plan is evaluated and a number of overarching issues are discussed, including monitoring, integration of science, documenting cumulative effects and building development scenarios. In addition, selected specific topics are evaluated, including walrus, bowhead whales and noise, subsistence, Arctic cod and small fishes, and birds. The major findings and recommendation are summarized as follows: