“The Ross Sea is a natural laboratory,” the Secretary of State said. “We disrespect it at our peril.”

In his first comments about protecting the world's oceans since becoming Secretary of State, John Kerry spoke to a Washington reception hosted by The Pew Charitable Trusts and urged creation of what would be the globe's largest marine reserve in Antarctica's Ross Sea.

Joined by leaders from New Zealand and Australia, Kerry spoke to more than 300 people who gathered at the National Geographic Society for a special screening of the award-winning documentary, “The Last Ocean,” which focuses on the Ross Sea and its rich marine life. Long a champion of protections for oceans and fisheries while in the Senate, Kerry said such work “is a challenge to our commitment to science and facts and what we believe in.”

This July a commission of two dozen countries and the European Union will consider creation of a reserve around the Ross Sea and the East Antarctic marine areas in the Southern Ocean. The United States and New Zealand, with support from Australia, are leading the push. Scientists consider the Ross Sea one of the last unspoiled regions on Earth, offering deep opportunities for learning about marine ecosystems. “We are not going to wait for a crisis before we take action,” Kerry said to an audience of environmental advocates and national and international news media. 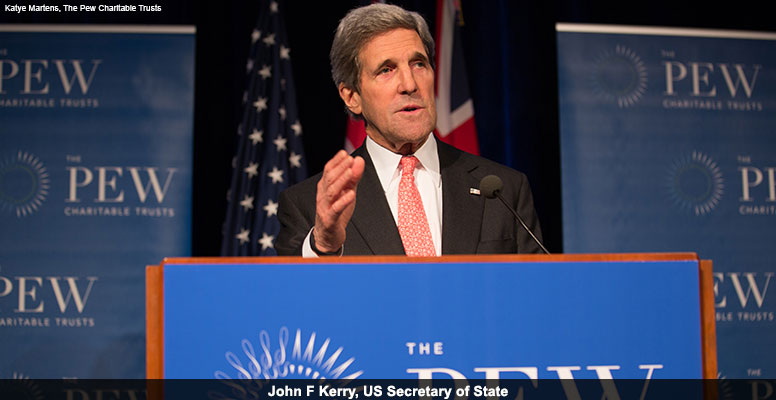 Pew has supported conservation in the Southern Ocean for two decades and Karen Sack, who directs Pew's international ocean conservation efforts said, “there are just four months left in which to first strengthen and then secure consensus for the Ross Sea and East Antarctic marine reserves—decisions that would make history.” 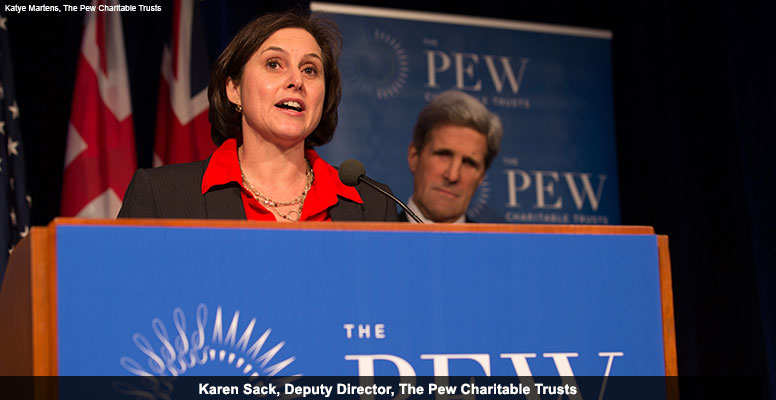 New Zealand's ambassador to the United States and former prime minister, the Right Honorable Mike Moore, who joined Kerry on stage, noted that the size of the proposed reserve would be nearly 9 times larger than his country and three and half times the size of Texas. “This is not a small thing,” he said. “We are proud this proposal is based on quality science.” 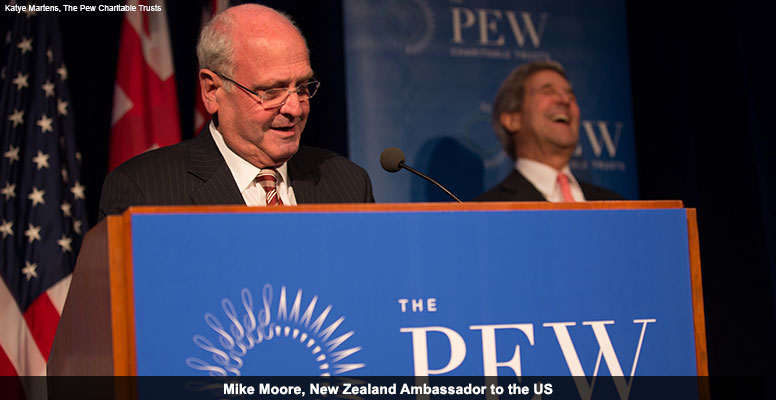 Scientists and conservationists have long urged protection for the region and Australian Minister for Foreign Affairs, Senator Bob Carr, told the audience: “We need it.”

He also emphasized the science-based approach in developing the proposed marine reserve and said, “I strongly encourage all members of the commission to support it.” 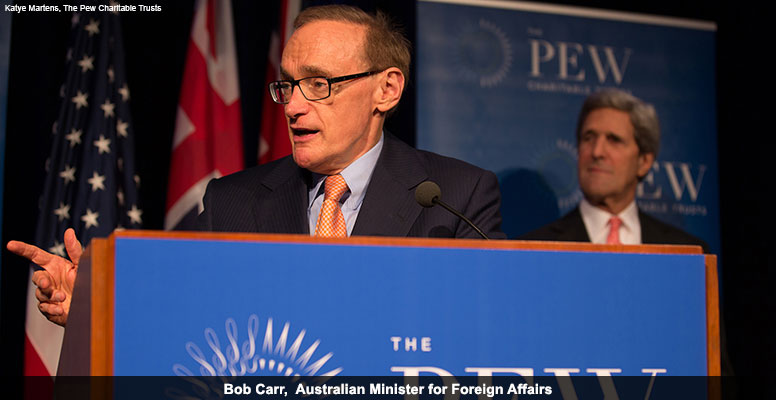