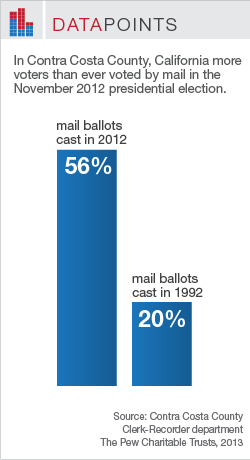 A newly released report from Contra Costa County, California, shows more voters than ever voted by mail in the November 2012 presidential election, reflecting a general trend in California.

The majority of mail ballots—64 percent—were received in the final nine days up to and including Election Day.