In 1996, I worked in the fisheries service at NOAA. That year, Congress passed legislation to amend the Magnuson-Stevens Act, the primary law that governs our nation's ocean fish. The updated law established an important mandate for the agency: conserve fish. Our previous goal, decades long, was simply to promote fishing. 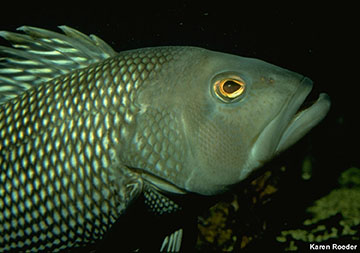 Along with subsequent reforms to the act, the legislation spurred many years of hard work by NOAA and advocates for sustainable fishing. The United States is now on the path to end overfishing and rebuild long-depleted species.

Already, 2013 is shaping up to be an important year for the health of our nations' fisheries. NOAA recently concluded a public comment period on a wide range of policy issues that could determine the future course of U.S. fisheries management. We may see new proposed rules within the next six months.

Some of these proposals would take us backward, with costly new delays and exemptions that could allow overfishing and reverse conservation gains. Other proposals offer an opportunity to improve the health of our oceans, by managing our fisheries as part of the larger ecosystem. This holistic approach – often called “ecosystem-based fisheries management” – looks beyond the health of individual species to also consider the food and habitat they rely upon. More than 46,000 public comments urged NOAA to advance conservation reforms such as limiting catch levels for important prey species to help ensure healthy populations of large predatory fish.

As NOAA looks to the future, it should not revert to the failed policies that shortchanged the long-term health of our oceans and left us a legacy of overfishing.-Lee Crockett, Director, U.S. Fisheries Campaigns

“Ecosystem-based fisheries management” may sound wonky, but it is not a new idea. In 1871, the head of the newly established U.S. Commission of Fish and Fisheries (the precursor to today's fisheries service), Spencer Fullerton Baird, launched some of the nation's first marine ecology studies. Baird recognized that studying only single species “would not be complete without a thorough knowledge of their associates in the sea, especially of such as prey upon them or constitute their food.” He urged federal officials to consider the complex connections between fish and the ocean environment.

NOAA has come a long way over the past 140 years. In 2012, it achieved a historic milestone by establishing science-based catch limits to end and prevent overfishing on all ocean fish species managed by the regional fishery councils. It has also made great strides in rebuilding depleted fish populations such as mid-Atlantic summer flounder, Pacific lingcod and Atlantic scallops.

As the agency looks to the future, it should not revert to the failed policies (as described in my earlier posts) that shortchanged the long-term health of our oceans and left us a legacy of overfishing.

NOAA should heed the thousands of citizens who have asked it to move forward to manage fish comprehensively by protecting the habitats they depend on and the food they eat. This is an invaluable opportunity to apply the ecosystem-based approach that Baird envisioned almost 150 years ago to manage and conserve fish in the 21st century.