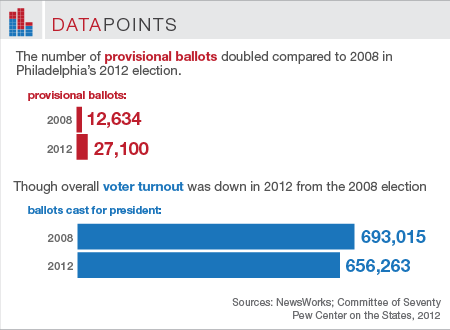 The process of figuring out why so many provisional ballots were issued has just begun, but several reasons are already being cited: