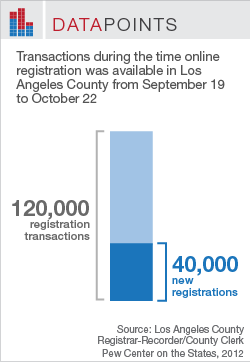 In October, we wrote about preparing for elections in Los Angeles County, including the processing of hundreds of thousands of voter registration applications in the month leading up to Election Day. With the election now upon us, new data show a significant number of voters registered using the state’s new online system.