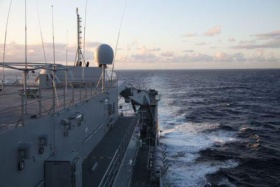 Down the microscope, the jar of seawater and zooplankton that Helen collected off the back of the ship has revealed larval jellyfish, tiny crabs, sea lice and microscopic organisms – things like ostracods, copepods and chaetognaths.

These animals are all clues to how the wider Kermadecs marine ecosystem works. The Kermadecs is not an area of high productivity – there are no large beds of algae or big seaweed beds to form the basis of the food chain but it is an area rich in biodiversity with many endemic species.

But so much of this area is unexplored. Scientists have yet to learn what’s at the bottom of the food chain, what the fish are feeding on, where the larvae sources and sinks are, and how the Kermadec species – of fish, crustaceans, urchins, and cetaceans – are genetically connected to their neighbors on other islands. 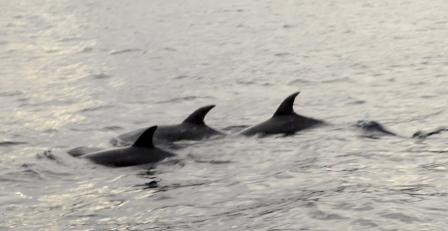 There’s a lot still to learn about the Kermadecs marine ecosystem. While Clinton and Rochelle talk about the marine environment here as being “pristine” and “intact”, only the waters up to 12 nautical miles around each island are in a no-take marine reserve. But many of the top predators here – the sharks, kingfish and spotted black grouper – move between the islands, into waters that are not protected. There is already some fishing taking place between the islands, and as other fisheries get exhausted – a Galapagos shark population off the east coast of South America was recently fished to extinction – these remote waters might become more attractive to fishing companies. 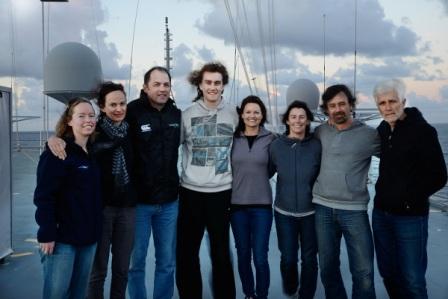 This seabed is attractive to mining companies too. Along the Kermadec arc, hydrothermal vents leak gas-rich hot water into the sea, and black smokers spew high pressure plumes of super-heated, mineral-rich water jet out of the rock, leaving chimney-like deposits of heavy minerals like iron and manganese, copper and gold. But these volcanically active areas are also hotbeds of biodiversity, home to some of the strangest creatures in the Kermadecs – giant tubeworms, forests of stalked barnacles, and clumps of giant mussels that provide food for predatory starfish and gastropods.

Rochelle agrees. “It’s really important that we ensure there is connectivity between the island reserves.” 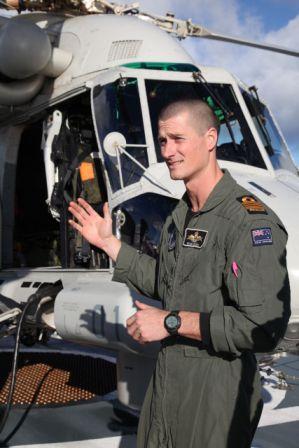 Lieutenant Commander Ryan Brown gives a safety brief before we fly off in the Navy Seasprite.

We’re nearly home. When you travel by water you feel very connected to the sea and I think this voyage has given all the students, crew and scientists on board a newfound connection for this northernmost part of New Zealand – the Kermadecs.

So often in conservation we’re trying to restore a damaged environment to its natural state. The Kermadecs marine environment has not yet been impacted heavily by fishing or mining and is largely intact – from its plankton to small fish to top predators. Pew is encouraging the New Zealand Government to protect the Kermadec region and the rich biodiversity there by creating one of the world’s largest ocean sanctuaries.

You can read more about the campaign to protect the Kermadecs and about the region’s fabulous wildlife and geology.

Big thanks: Thanks to the Sir Peter Blake Trust for organising this expedition, to the Department of Conservation for hosting us on Raoul Island, and to Pew Environment Group for supporting the scientific team on the voyage. And huge thanks to the command and crew of the HMNZS Canterbury, especially to Commanding Officer, Commander Sean Stewart, RNZN for being so welcoming and so supportive of our projects, to Lieutenant Commander Ryan Brown, RNZN and his crew for safe passage to and from Raoul Island in the Navy Seasprite, to WOWT Norman Leeming (Whole Ship Coordinator) for looking after us while we were “embarked forces” and to “the buffer” CPOSCS Henry Matangi, the coxswains – LCSS Braden McKee and LHST Greg Carter – and their teams, for driving us around in the RHIB to chase cetaceans, take us to the best snorkeling spots and hunt down the biggest pieces of pumice.