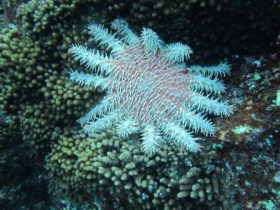 A Crown of Thorns starfish in the waters around Raoul Island. Photo Libby Liggins

This morning, I went snorkeling around the Meyer Islands – a small island group just off Raoul Island – with the expedition scientists. Libby Liggins, Clinton Duffy and Stephen Ullrich were collecting seaweeds, corals and starfish and Helen Bostock was hoping to gather some marine sediment.

I saw a bright yellow grey drummer, a yellow banded perch, lots of blue maomao, and then Clinton’s Galapagos shark buddies came along. The first one I saw was a baby, the second one I saw, patrolling a deep rocky hole lined with pink coralline algae, looked bigger than me and soon there were four Galapagos sharks in the water with us. 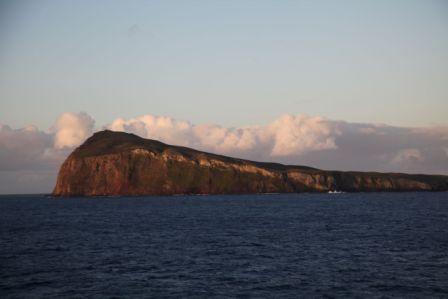 I’ve snorkeled before, with stunning tropical reef fishes in the Gulf of California in Mexico, and in the black corals off the coast of Lombok in Indonesia, but I’ve never had a shark in the water with me. Clinton says the fact that there are so many top predators in the water here – Galapagos sharks, black grouper and kingfish – is a sign of a rare thing: an intact marine ecosystem where the top predators have not been fished out. 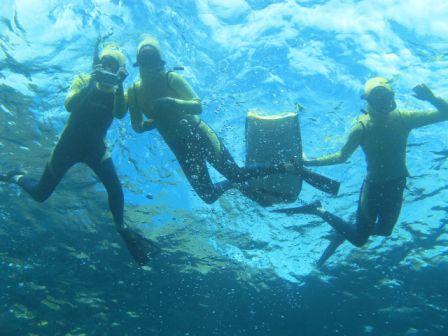 While the sharks and dolphins and whales – the charismatic megafauna – tend to get all the attention, they’re just one part of the Kermadecs marine ecosystem that includes fish, turtles, interterbrates and plankton. Most evenings, while Clinton’s been shark fishing, Helen has been throwing a plankton net in the water and hauling it up onto the ship where she preserves the plankton she collects in ethanol. The marine biologists are eager to see what she’s collected in her plankton jar, because it’s a missing piece of the puzzle in the Kermadecs food chain. 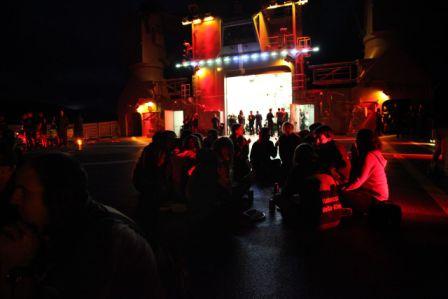 Last night’s barbecue. On the flight deck of the HMNZS Canterbury, at anchor beside Raoul Island. Hard to beat for location, though a beer would have been nice

But that’s it for Kermadecs collecting. We weighed anchor at 1300 hours and set course for the Hauraki Gulf, North Island. As we rounded Raoul Island, first a young humpback and then a dolphin raced and frolicked in the water beside us. 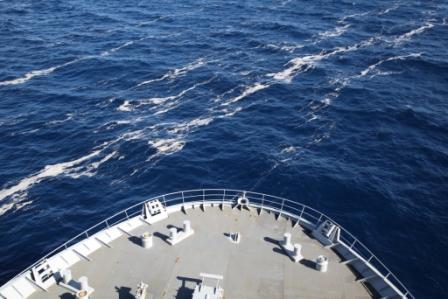 As I’m writing this we’re approaching Macaulay Island. Like Raoul, Macaulay is the tip of a large submarine volcano and the part we’re sailing over now is a large caldera speckled with active vents. We wouldn’t want it to start erupting while we’re sailing over it. Neither would the captain. 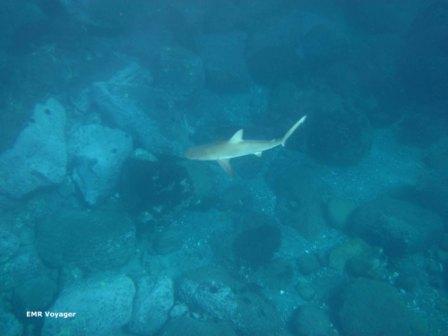 A Galapagos shark in the waters around the Meyers Islands. Photo Samara Nicholas