A majority of Americans are generally positive about the accuracy of vote counting in the U.S., according to the most recent edition of a survey that has been conducted annually since 2004 for InfoSENTRY, Inc. of Raleigh, NC, an information technology firm that provides consulting services to 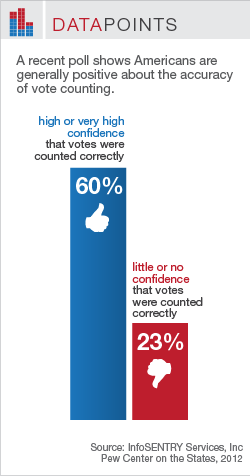 However, the survey also shows a significant racial gap in confidence levels: