Article May 14, 2012 By: Lee Crockett Read time:
Share
Twitter Facebook LinkedIn Email Print
Share
Even Fish Need Yearly Checkups
Health care is a controversial topic these days, but one thing we can all agree on is the importance of annual checkups. Every year, millions of Americans visit their doctors as a proactive measure to stay healthy, identify any underlying conditions, and check for common problems—all in an effort to promote long-term health. What makes sense for us is equally important for life in our oceans. Each year, U.S. ocean fish populations undergo a checkup by the National Oceanic and Atmospheric Administration (NOAA) in a report to Congress, the Status of U.S. Fisheries.

On May 14, 2012, NOAA released its 2011 checkup, and I am pleased to share some good news. Last year, thanks to our system of science-based management, six U.S. ocean fish stocks were fully rebuilt to healthy levels, others continued their recovery, and significant progress was made in ending overfishing.i These conservation gains occurred in nearly every region of the country.

Our nation's fish populations are becoming healthier because of the conservation mandates of the Magnuson-Stevens Fishery Management and Conservation Act (MSA), which require science-based catch limits that do not allow overfishing. Overall, 27 U.S. ocean fish populations have been rebuilt to healthy levels since 2000.ii

I want to take a moment to acknowledge that these conservation achievements were possible because of the hard work, ingenuity, and often short-term sacrifices of U.S. fishermen, combined with more effective management by the regional fishery management councils and NOAA. On this occasion, it's important to thank them for all they are doing for us and for future generations.

Healthy ocean fish populations benefit the U.S. economy, providing jobs, income, and seafood for tens of millions of Americans. For example, the mid-Atlantic summer flounder population, declared fully rebuilt in 2011iii, supports thousands of jobs and brings in millions of dollars a year.iv Anglers from New York to Maryland are enjoying the growing abundance of this once-depleted fish.

Any doctor would point out that this year's report wasn't a clean bill of health: 36 of America's most commercially and recreationally important ocean fish populations are still subject to overfishing, and 45 have been depleted to unhealthy levels.

But we are on the right track. Sanctioned overfishing is coming to an end this year, and if U.S. fishery managers continue to follow good scientific advice and adhere to the MSA's conservation requirements, I expect we will continue to see significant progress. And perhaps my New Year's resolution—to help America's ocean fish gain weight—will also be realized. 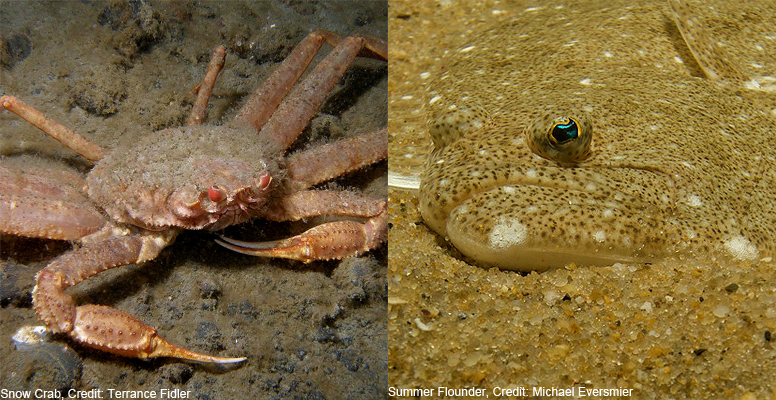