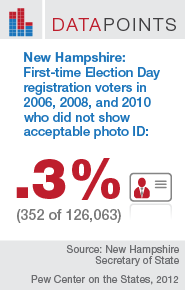 State law requires the secretary of state’s office to send identification verification letters to ensure the eligibility of these voters. Of the 352 letters, 17 were returned as undeliverable. The state attorney general’s office investigated, located all 17, and determined all were eligible to vote.