Six months ago, I wrote about the historic reforms to New England's important groundfish fisheries, which target bottom-dwelling species such as cod and flounder that have fed New Englanders for centuries. The New England Fishery Management Council adopted these changes last year to reverse the devastating impact of decades of overfishing. 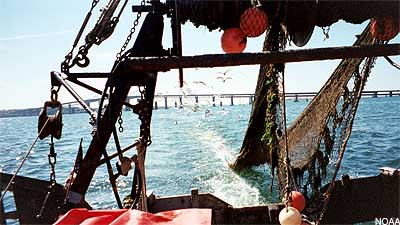 New England groundfish fishermen have operated for more than a year under a new system of cooperative fishing groups called sectors. And as often happens with any transformation within an industry, some have prospered, while others have not. Some government officials are asking the federal government to overturn these reforms, but others say leave the basic system alone. So what's really happening?

In October, a group of fishermen sat down with managers at a “lessons learned” workshop. Everyone agreed that, after years of boom-and-bust cycles, the fishery needs stability for fishermen, their communities, and the species upon which they depend. Although more information on the overall impacts is necessary, most fishermen participating in sectors feel that these reforms seem to be largely achieving the economic and conservation goals envisioned by the New England council. 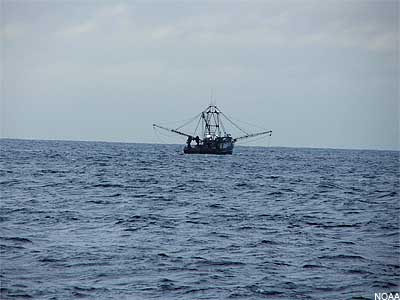 For starters, gross revenue is up $26.6 million from last year. This increase demonstrates that giving fishermen more control to determine how, when, and where they will fish can result in a more productive fishery through less fuel use, longer trips, and higher market prices. The average price that fishermen are getting for their catch is also up 17 percent since last year, probably because they no longer flood the market with an abundance of fish as they did under the old “days at sea” system. More money is being made on fewer fish, helping fishermen adapt to the firm catch limits.

Although the majority of complaints about the reforms come from the state of Massachusetts, along with a few concerns from New Hampshire, New England as a whole is doing fairly well, with the overall value of landings up 7.3 percent from last year. New Bedford is leading the pack with a 12.2 percent increase in the value of the fish. Groundfish-only catch values are holding their own, too, with Massachusetts up 1.4 percent from 2009 and Gloucester posting higher numbers in 2010 than in 2007 or 2008.

Fishermen no longer throw thousands of pounds of fish overboard because of daily trip limits. And bycatch is also on the decline. Reducing wasteful fishing is good for fishermen and our ocean ecosystems.- Lee Crockett

In addition, New England's reforms are bearing fruit from a conservation perspective. Fishermen stayed within quotas in 2010, and scientists predict that, for the first time in years, most groundfish will not be subject to overfishing. Looking longer term, this is very good news. As limits continue to be implemented, we should see quotas grow as populations recover and thrive. In fact, this is already happening. The 2012 “acceptable biological catch” levels used as the basis for setting caps are predicted to be substantially higher for some species.

Fishermen no longer throw thousands of pounds of fish overboard because of daily trip limits. And bycatch (the capture of non-target ocean wildlife, which has long been a serious problem in New England) is also on the decline. Reducing wasteful fishing is good for fishermen and our ocean ecosystems.

Unfortunately, it's not all good news. Fleet consolidation continues to pose a problem, squeezing out smaller boats. Income consolidation is ongoing as well, with the top 10 percent of boats bringing in 57.6 percent of the total groundfish revenue. But this is not a new dilemma. Fleet and revenue concentration has been documented since 1996, long before sectors. The question now is how New England can manage these changes in an economically fair way. Fortunately, the council is working on fine-tuning the groundfish management plan to address these issues by proposing actions to protect fleet diversity (to maintain a balance between smaller and larger boats) and to promote a more equitable fishery.

Change is always difficult, particularly for something as complex as fisheries management, with its competing and varied interests. The reforms described above have not solved every problem overnight, but they are getting results. They also need time to work, as eloquently described in a recent letter from 110 fishermen urging Congress to support the system.