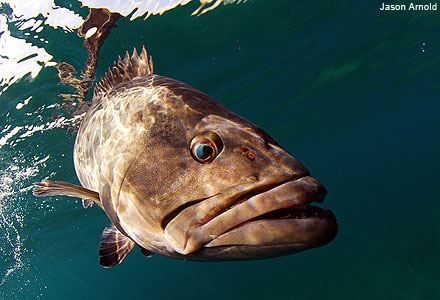 Everyone loves a good comeback story, but sometimes a storyline emerges prematurely. Mark Twain famously responded to a press inquiry regarding his supposed demise by saying, “The report of my death was an exaggeration.” Similarly, declarations earlier this year that overfishing had ended in America provide a case in point.

In early January, the Associated Press released a story titled “Has Overfishing Ended? Top U.S. Scientist Says Yes.” Based largely on statements by Dr. Steve Murawski, a former National Marine Fisheries Service (NMFS) chief scientist, the piece was widely distributed and generated scores of articles around the country and beyond.

In fact, Murawski, now a professor at the University of South Florida, noted in the AP story that “we are the only industrialized fishing nation who actually has succeeded in ending overfishing.” Unfortunately, as illustrated by the NMFS First Quarter 2011 Status of U.S. Fisheries report, the struggle to end this enduring problem in U.S. waters isn't over—at least not yet.

A job not yet done 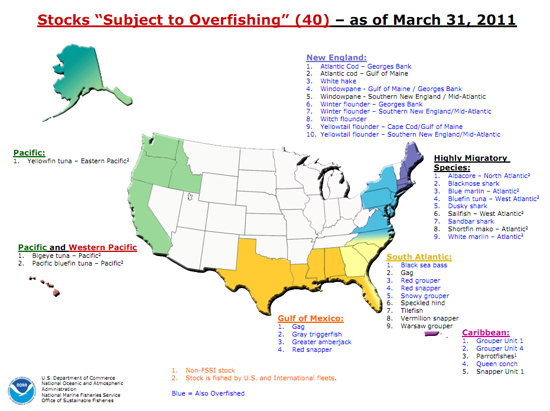 Over the past 20 years, I've had the chance to work on fisheries management issues with the U.S. Coast Guard and NMFS, with Congress and in the nonprofit sector. The progress we have made on several fronts is quite remarkable. And I look forward to the day America can write the obituary for one of the most pernicious problems in our oceans.

Yet according to the latest NMFS report on the status of U.S. fisheries (PDF) released in March—after Murawski's statements—39 of America's most valuable commercial and recreational fisheries are still subject to overfishing. Moreover, 26 of these populations being fished at unsustainable levels are highly depleted. Setting annual catch limits based on the best available science remains a critical step toward rectifying these problems.

As I've described in earlier posts, for decades managers allowed chronic overfishing of our nation's valuable ocean fish populations, letting fleets catch them faster than nature could replace them. This has left us with depleted stocks, along with fewer jobs, lower incomes for fishermen and less American seafood on our tables. The environmental research group Ecotrust, in a recent analysis of the “lost harvest” in three regions of the United States, found that decades of overfishing cost fishermen in New England $149 million in direct revenue in 2009 alone.

Congress finally acted to end chronic overfishing in 2006 by adding strong requirements to the Magnuson-Stevens Fishery Conservation and Management Act (MSA)—the primary law that governs management of U.S. ocean fish. NMFS and the regional fishery management councils also have established science-based catch limits for populations experiencing overfishing that are designed to end this wasteful practice. NMFS has reported the agency and councils are on track this year to set precautionary limits for all other federally managed fish populations to make sure they are caught at sustainable levels. The challenge now is to ensure that these changes are made not only on paper but also on the water.

A story that can still have a happy ending

Mark Twain is credited with another applicable quote, later made famous by football coach Vince Lombardi: “The dictionary is the only place where success comes before work.” Plenty of hard work remains to ensure that strong catch limits are effectively implemented, enforced and adjusted to reflect the best available science over time. Congress also will need to provide ongoing funding for data collection, monitoring and analysis. This will allow us to verify that fishing is occurring at sustainable levels and will inform us when America's fish populations rebuild to levels that can support thriving fisheries and ocean ecosystems.

Although overfishing persists in the United States today, the tools are now in place to end this shortsighted practice and enhance America's future by making our country a world leader in sustainable fisheries management.