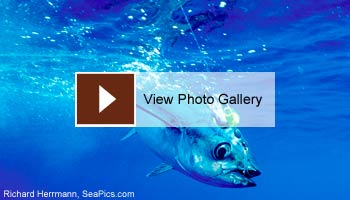 The Inter-American Tropical Tuna Commission (IATTC) will hold its 82nd annual meeting in La Jolla, California from July 4-8, 2011. The IATTC is one of five Regional Fisheries Management Organizations (RFMOs) established to manage fishing of tuna and tuna-like species. However, with the entry into force of the Antigua Convention in September 2010, the mandate of the IATTC has been updated to include an emphasis on implementing the ecosystem approach and precautionary principle in management decisions. This mandate offers the IATTC a critical opportunity to adequately address bycatch concerns and significantly reduce tuna fishing impacts on the ecosystem and on non-tuna species in the convention area such as sharks.

Sharks caught in high-seas fisheries are among the oceans' most vulnerable animals. Because sharks generally produce late in life and bear few offspring, they are particularly vulnerable to over-exploitation. More than half of the shark species caught in high-seas fisheries are classified as Endangered, Vulnerable or Near Threatened by the International Union for Conservation of Nature (IUCN). Hammerheads, silky and oceanic whitetip sharks are all particularly affected by fishing in the IATTC convention area. 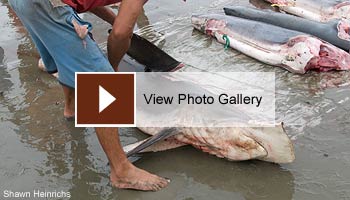 The IATTC's efforts at achieving sustainability have also been hampered by overcapacity issues (too many fishing vessels) and the persistence of illegal, unreported and unregulated fishing (IUU). Fishing effort and capacity must be reduced to levels that will ensure the long-term sustainability of stocks and the health of associated and dependent habitats and species. The IATTC should set scientifically-based total allowable catch limits (TACs) for all tuna species in its convention area, and member States should strengthen efforts to prevent IUU fishing by improving port State measures in line with the newly adopted FAO Port State Measures Agreement to Prevent, Deter and Eliminate Illegal, Unreported and Unregulated Fishing (PSMA).

At the 82nd Meeting of the IATTC, the Pew Environment Group will call on IATTC member States to: