America's ocean fish are an incredibly valuable resource. According to the most recent economic data from the National Marine Fisheries Service (NMFS), recreational and commercial fishing added $163 billion to the U.S. economy and supported almost two million jobs in 2008. In a typical year, Americans consume nearly 16 pounds of seafood per person (PDF). 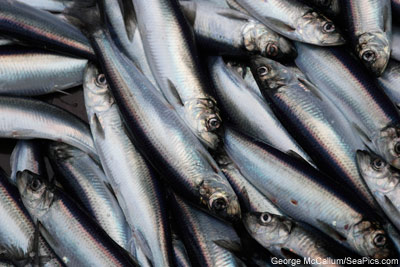 In 2009, we spent $75.5 billion on fish at restaurants and grocery stores, and in pet food, fertilizer and other related products (PDF). If our wild fish populations are conserved and rebuilt to healthy levels, they will become an even more valuable renewable resource. On the other hand, if we take too many of them now, we will face lower productivity in coming years.

That's why it's so important to maintain the Magnuson-Stevens Fishery Conservation and Management Act (MSA) just when we're starting to make some progress against overfishing.

Some in the recreational sector reason that if NMFS reports 80 percent of our nation's fisheries are healthy or on a positive trajectory, there's no need to worry about overfishing. The reality is, however, that nearly one-fifth of commercially and recreationally important fish are being taken at unsustainable levels, including popular species such as cod, yellowtail flounder, red snapper and various grouper. Some varieties, like South Atlantic red snapper, are below 15 percent of their original numbers, which were established in the 1970s. Additionally, because more than half of federally managed ocean fish have never been scientifically assessed, we don't really know the full extent of the problem.

More importantly, there's strong evidence that reforms to the MSA enacted in 2007 are working. Indeed, because of the requirements currently in U.S. law, NMFS reports that 21 depleted fish populations have been rebuilt to healthy levels since 2000.

An investment that will pay dividends for decades

Therefore, while establishing and enforcing polices that end overfishing and rebuild depleted populations may require sustained commitment in the short-term, the fishing industry and recreational anglers will reap the benefits of this recovery process long into the future. For example, after decades of overfishing, summer flounder (also known as fluke), one of the most important commercial and recreational fish species in the Mid-Atlantic, has recovered to 89 percent of healthy levels. And scientists are now optimistic that the population will be fully rebuilt before the 2013 congressional deadline. This could yield tremendous future economic benefits. A healthy summer flounder population could add $28.9 million per year in direct economic benefits to the Mid-Atlantic region.

Bottom line: If we postpone efforts to end overfishing, populations will become more depleted, we will risk even greater damage to them and the fishermen who depend on them, and we increase the difficulty and cost of recovery.