Philanthropists Roger and Vicki Sant are steadfast champions of marine conservation worldwide, and have a special interest in protecting the Mesoamerican Reef which stretches along the coast of Mexico, Belize, Guatemala and Honduras. This fragile marine system in the western Caribbean faces numerous environmental threats. Since 2011, the Sants have partnered with Pew to protect sharks, whose numbers have been reduced from overfishing with dramatic implications for the health of the world’s waters. The Sants recently renewed their support with a grant specifically for securing new shark sanctuaries in the Caribbean. 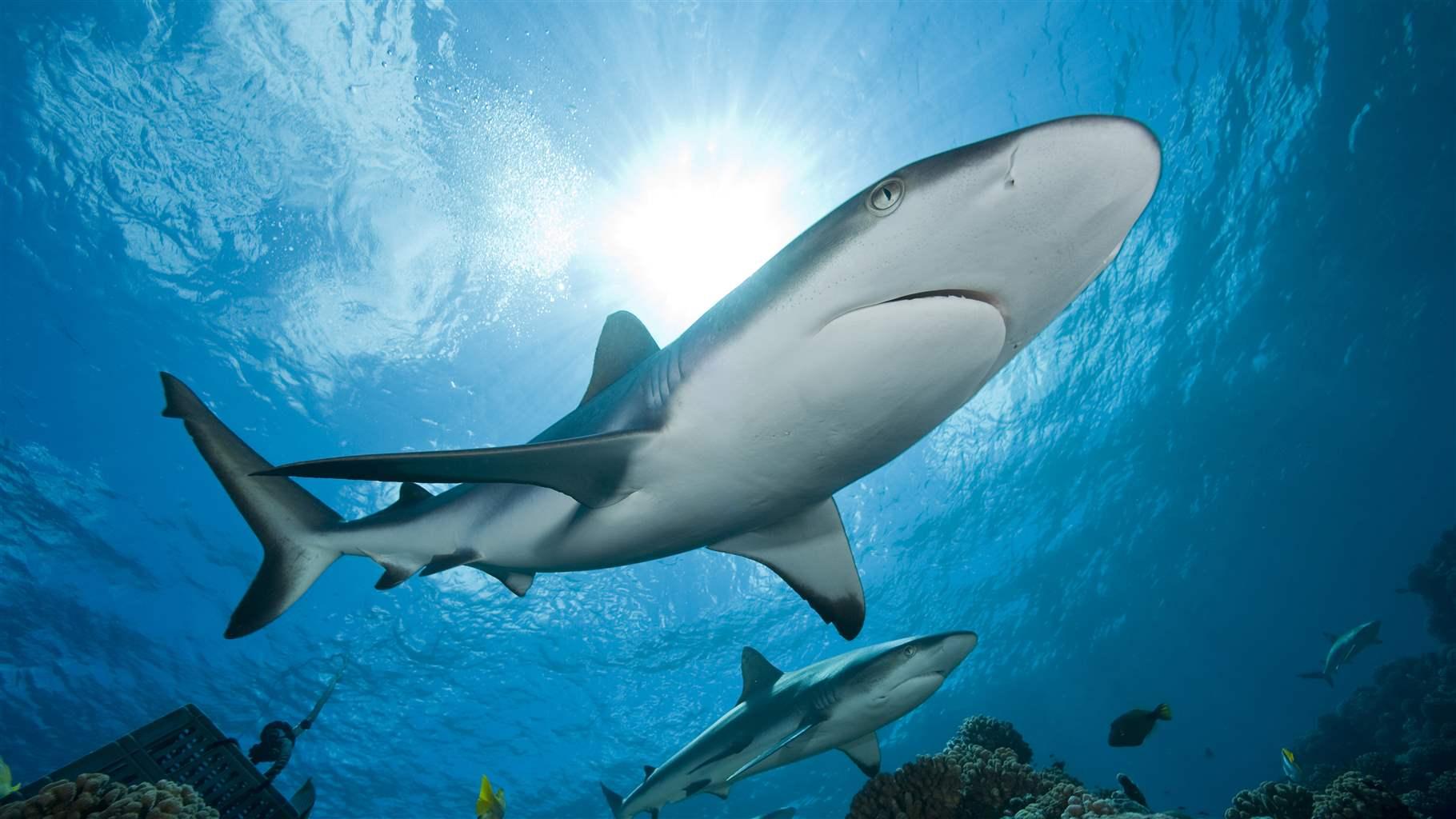 Previous support from the Sants led to establishing critically important shark protections in the waters of Fiji and funded collaboration among advocates, government, and community leaders from the Cook Islands and French Polynesia to create the largest contiguous shark sanctuary in the world: 2.6 million square miles. “We chose to invest in Pew’s work on sharks to defend this vital predator because we understand that lasting change, particularly on the global scale, requires policy reform,” says Roger Sant. “Pew has the network, the talent, and the diplomatic skills to drive critical protective legislation for our oceans and animals.”