WASHINGTON—The Pew Charitable Trusts commends today’s action by President Barack Obama to honor the request of more than 70 federally recognized tribes to protect U.S. waters in the northern Bering Sea and Bering Strait off the west coast of Alaska. 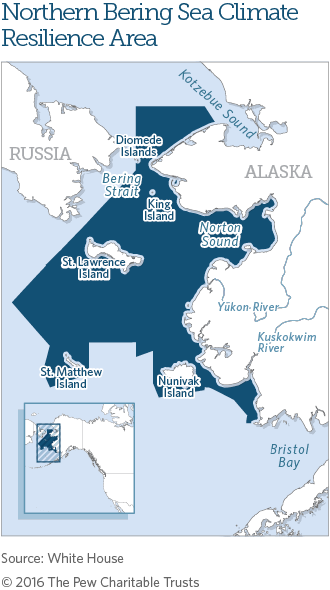 The action comes at the request of indigenous residents of the coastal region, the Bering Sea Elders Group, and two nonprofit consortia representing more than 70 federally recognized tribes—Kawerak Inc. and the Association of Village Council Presidents.

“This is a significant community-led action that will help preserve the health and resilience of the northern Bering Sea ecosystem—including its migratory pathways, habitats, and breeding grounds—while sustaining access and food security for indigenous people. The Bering Strait region is one of the most historically, environmentally, and culturally important parts of our global oceans,” she said.

“In an era of progressing climate change, with the Bering Strait and northern Bering Sea region ice-free for more of the year than ever before, today’s executive order is intended to help maintain the health of the productive and culturally valuable marine ecosystem while ensuring sustainable economic opportunities for local communities. This decision is supported by traditional knowledge, science, and the principles of stewardship and ocean conservation that the administration has championed. These principles were also recently adopted in the joint U.S.-Canadian shared Arctic leadership model.”

The Pew Charitable Trusts is driven by the power of knowledge to solve today’s most challenging problems. Learn more at pewtrusts.org/USArctic. 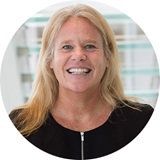 On Dec. 9, 2016, President Barack Obama issued an executive order designating the globally significant U.S. northern Bering Sea and Bering Strait region as the Northern Bering Sea Climate Resilience Area. Learn more about the communities and wildlife in this special place, the stresses and climate change impacts they face, and how strong leadership from regional tribes led to today&rsquo;s action.