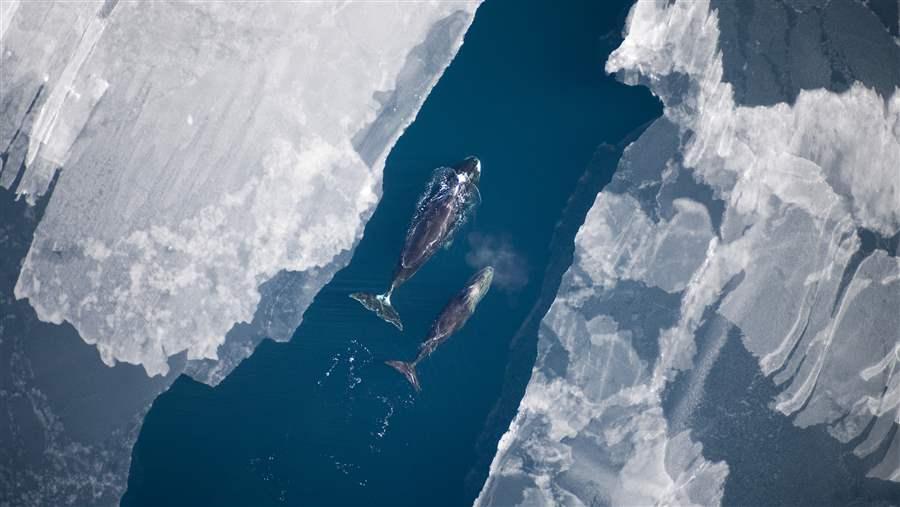 Bowhead whales swim among sea ice in the Arctic Ocean.

WASHINGTON—The Pew Charitable Trusts applauds today’s action by the Obama administration to remove the U.S. Arctic Ocean from the 2017-22 Outer Continental Shelf Leasing Program. This decision, which follows years of public review, means that new oil and gas exploration leasing in the Chukchi Sea and Beaufort Sea Planning Areas will not be considered until after 2022. It does not affect existing federal offshore leases or those in state waters.

In October 2015, the U.S. Department of the Interior cancelled two lease sales, citing waning industry interest in exploring the offshore U.S. Arctic Ocean given current market conditions. Earlier this year, several oil and gas companies holding leases in the Chukchi and Beaufort seas either dropped their petitions for extensions or relinquished their leases altogether. There are no current or pending offshore exploration proposals in federal Arctic waters.

“Today’s action to hit pause on future Arctic leasing and to safeguard wildlife migration routes, crucial feeding grounds, and seafloor habitats will have enduring benefits for the larger Arctic marine ecosystem and the species it supports. Pew commends the administration’s effort to balance opportunities for economic development with the preservation of vital areas that make extraordinary contributions to the Arctic Ocean’s productivity, biodiversity, and resilience.” 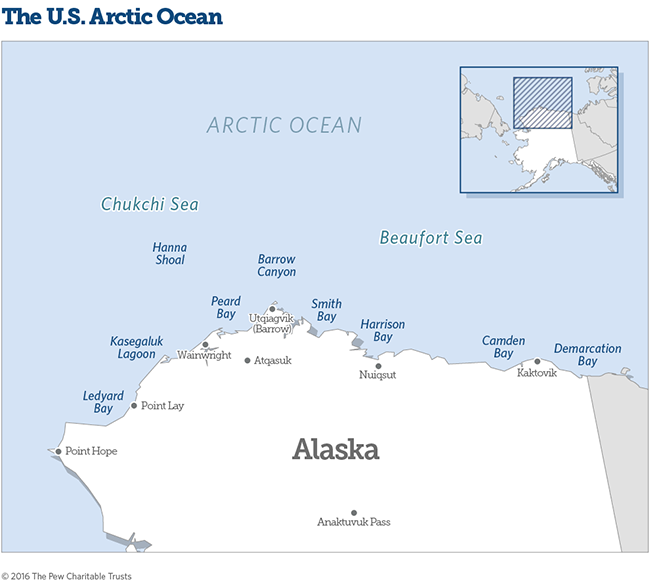 The Pew Charitable Trusts is driven by the power of knowledge to solve today’s most challenging problems. Learn more at pewtrusts.org/USArctic.