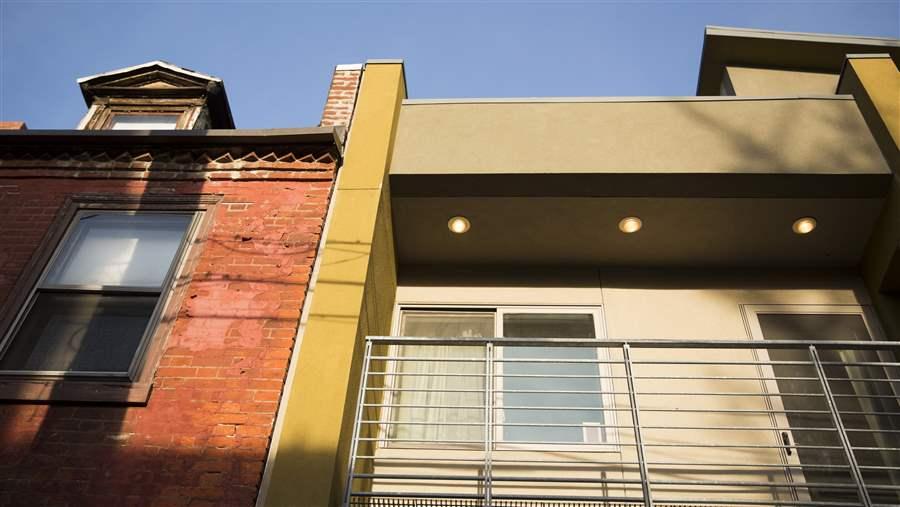 PHILADELPHIA—A new analysis by The Pew Charitable Trusts exploring gentrification and other types of neighborhood change in Philadelphia finds that only 15 of the city’s 372 residential census tracts gentrified between 2000 and 2014, the last year for which data were available. The report shows that over 10 times as many tracts—164—experienced statistically significant drops in median income during the period studied, as the estimated number of Philadelphians living in poverty grew by more than 60,000.

The study, Philadelphia’s Changing Neighborhoods: Gentrification and Other Shifts Since 2000, uses a definition of gentrification that identifies areas that shifted from a predominantly low-income population to a significantly higher-income one. The report categorizes neighborhoods that have gentrified into four groups, based on what they were like in 2000: Predominantly working-class African-American neighborhoods (three tracts in the Graduate Hospital neighborhood); old industrial areas (two tracts in Northern Liberties); mixed-income, mostly white neighborhoods (six tracts, mostly in South Philadelphia); and nonaffluent sections of Center City and adjacent areas. The study found that the pace and scope of change were different in each of the categories.

“Our goal with this analysis was to determine the incidence of gentrification in Philadelphia and place it in the context of other forms of neighborhood transformation,” said Larry Eichel, director of Pew’s Philadelphia research initiative. “The data indicate that, by our definition, gentrification is a relatively small part of the story for the city’s changing neighborhoods. But what happens in the areas that have gentrified, or are in the process of doing so, can have significant impact on communities,” Eichel added.

Other important findings include:

The comprehensive report also identifies several parts of Philadelphia, including those near university campuses, that have undergone the type of shifts often associated with gentrification—such as rising real estate prices, shifts in racial composition, and increases in educational attainment—but did not experience the hikes in income necessary to have gentrified, based on the report’s definition. Public policies addressing neighborhood changes in Philadelphia are also examined, including those designed to shield long-term homeowners against gentrification-related spikes in property assessments.

For more information on the research and additional exploration of neighborhood change in Philadelphia, including additional analyses and perspectives of city residents featured in the report, visit www.pewtrusts.org/PhillyGentrification.

The Pew Charitable Trusts is driven by the power of knowledge to solve today’s most challenging problems. Pew’s Philadelphia research initiative provides timely, impartial research and analysis on key issues facing Philadelphia for the benefit of the city’s citizens and leaders. Learn more at www.pewtrusts.org/philaresearch.

Gentrification and other shifts since 2000.

Gentrification and Neighborhood Change in Philadelphia

In recent years, a number of Philadelphia neighborhoods have undergone significant transformation, with higher-income residents moving in, real estate prices rising, new businesses replacing old ones, and racial and ethnic compositions changing. Such shifts, often seen as gentrification, have received a great deal of attention in the city.