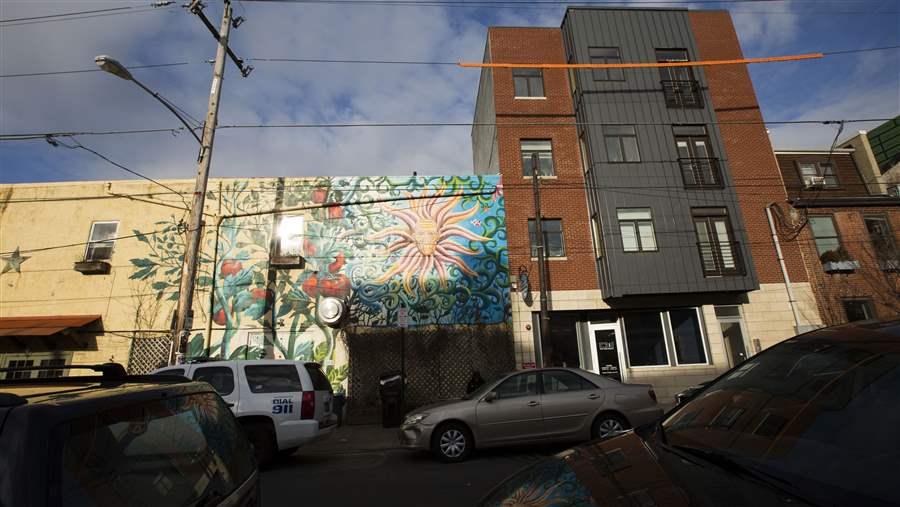 Using an income-based definition of gentrification, only 15 of Philadelphia’s 372 residential census tracts were found to have gentrified from 2000 to 2014.

In recent years, a number of Philadelphia neighborhoods have undergone significant transformation, with higher-income residents moving in, real estate prices rising, new businesses replacing old ones, and racial and ethnic compositions changing. Such shifts, often seen as part of a trend known as gentrification, have received a great deal of attention from government officials, residents, and community leaders. For that reason, The Pew Charitable Trusts set out to determine the incidence of gentrification in Philadelphia and place it in the context of other forms of neighborhood change.

This report uses a definition of gentrification that identifies sections of the city that shifted from a predominantly low-income population to a significantly higher-income one. Our standard has three elements: In order to be considered gentrified, a census tract needed a median household income in 2000 below 80 percent of regional median income, $53,992, the threshold set by the federal government to determine eligibility for housing assistance and other programs aimed at low-income households; the tract’s median income had to have increased at least 10 percent in inflation-adjusted dollars from 2000 to 2014, a period in which the median income of the city as a whole actually fell by about 10 percent; and its 2014 median household income figure had to exceed the citywide median of $37,460.

The areas where gentrification did occur, according to this report’s income-based definition, fall into four distinct categories, based largely on what the neighborhoods were like in 2000. One set was characterized primarily by working-class, African-American populations, another by mixed-income, mostly white ones. A third group consisted of old industrial areas with relatively few residents. The final category comprised nonaffluent sections of Center City and adjacent neighborhoods. The pace and scope of change were different in each of the neighborhood categories.

As the data indicate, gentrification is a relatively small part of the recent story of Philadelphia’s neighborhoods. But the phenomenon, and indeed the very word, can stir intense feelings. Some residents view it as bringing vibrancy to the affected neighborhoods and much-needed tax revenue to the city. Others worry that longtime residents are being forced to leave and that those who stay no longer feel they belong. For additional exploration of the phenomenon in Philadelphia, including additional analyses and perspectives of city residents, please visit www.pewtrusts.org/PhillyGentrification. 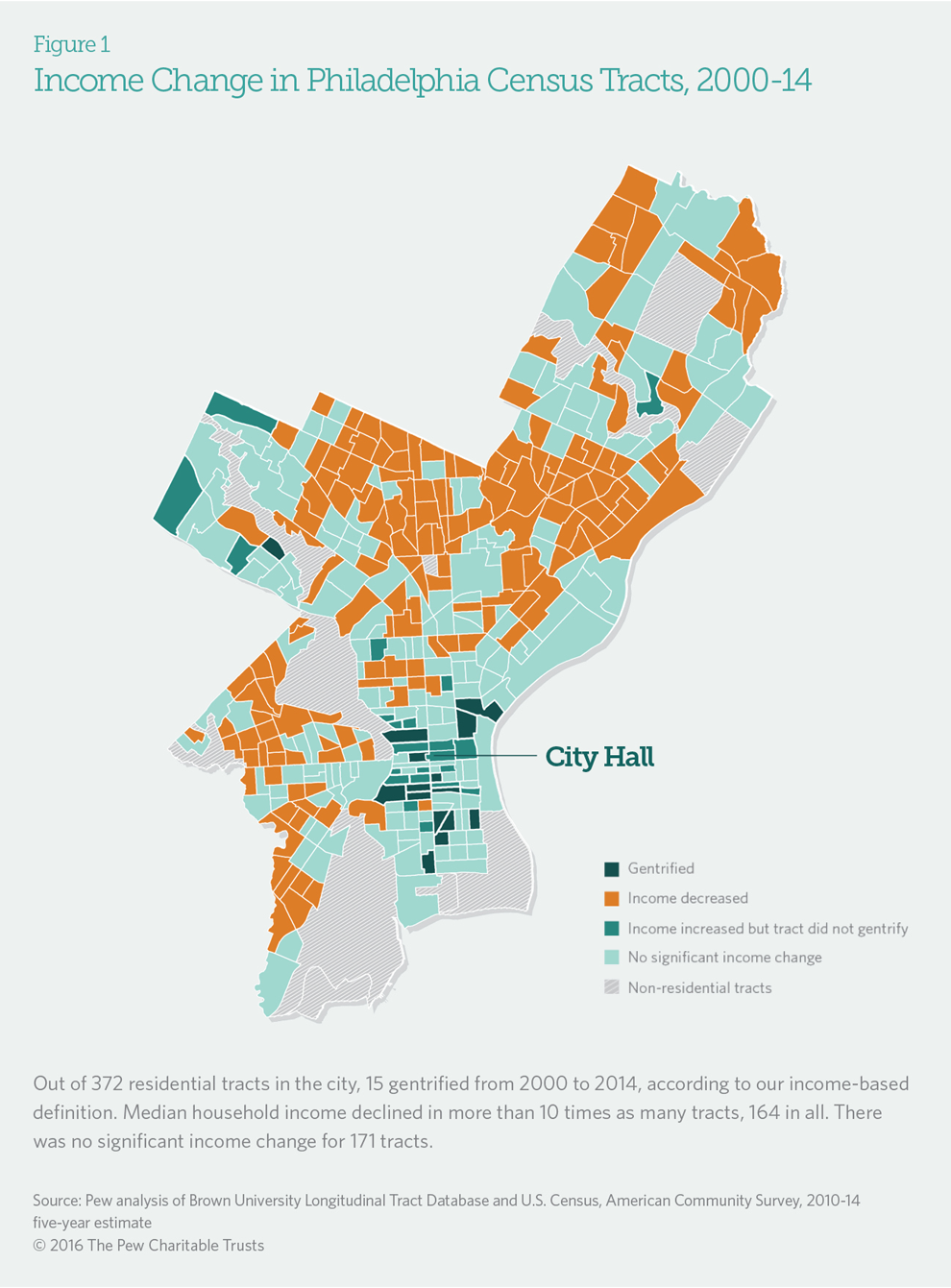 Gentrification and Neighborhood Change in Philadelphia

In recent years, a number of Philadelphia neighborhoods have undergone significant transformation, with higher-income residents moving in, real estate prices rising, new businesses replacing old ones, and racial and ethnic compositions changing. Such shifts, often seen as gentrification, have received a great deal of attention in the city.

A common gentrification story begins with artists. In search of large work spaces at low prices, they move into neighborhoods full of vacant industrial buildings.

Though gentrification can affect neighborhood institutions in a multitude of ways, these institutions can serve as points of continuity in a changing landscape and provide a link between new and old residents.