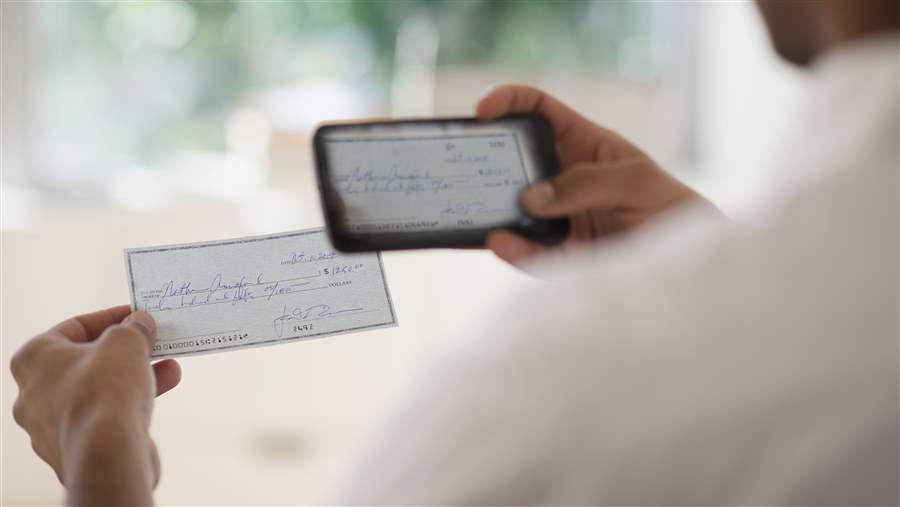 WASHINGTON—A new issue brief from The Pew Charitable Trusts finds that consumers are interested in using mobile payments for speed and convenience but also have concerns about security of their personal information.

A majority of the focus group participants were familiar with or had used mobile payments—by accessing a website via the browser on a smartphone; by paying via a text message from the phone; or by using a downloaded app to make online and point-of-sale purchases, pay bills, and send or receive money.

“Our conversations with consumers demonstrated the potential of mobile payments but also the barriers that will need to be overcome if this potential is to be fully realized,” said Susan Weinstock, director of Pew’s consumer banking project.

“Moreover, mobile payments technology could provide an accessible channel to the unbanked for their financial services. Nearly 10 million adults are unbanked, but about a third of them have a smartphone.”

The study’s key findings include:

Mobile payments have become a viable option for unbanked consumers to make transactions and manage their funds. The technology could also offer a more convenient and potentially cheaper way for all Americans to manage their money. It has been criticized, however, as a possible threat to customers’ security and privacy.

The Federal Deposit Insurance Corp. reports that nearly 8 percent of U.S. households—approximately 9.6 million—lack bank accounts, but 33 percent of those have access to smartphones.