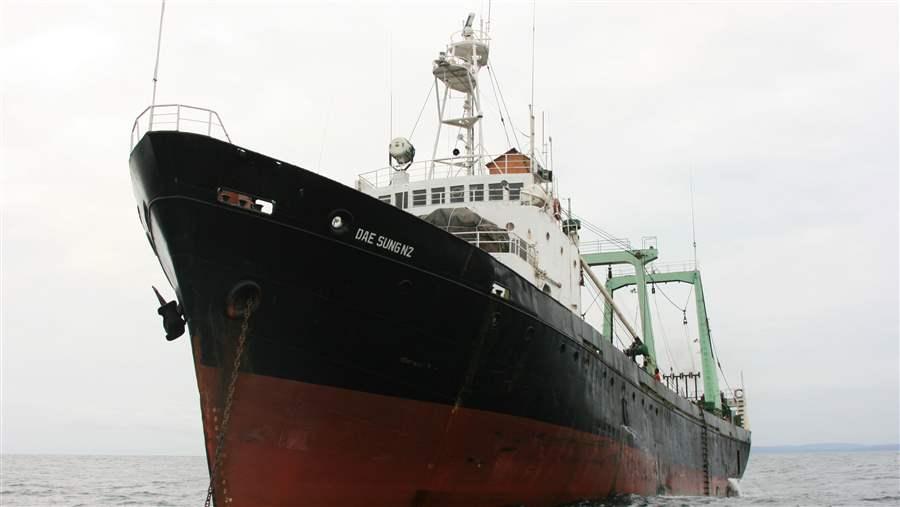 WASHINGTON—The Pew Charitable Trusts commends U.S. lawmakers for sending a bill to the president Wednesday that would strengthen international fisheries conservation and stop vessels suspected of fishing illegally from selling their catch in the U.S. market. The legislation implements the international Port State Measures Agreement, which requires signatory nations to deny entry and services to ships that have fished illegally and to share information about the vessels with international partners.

The Illegal, Unreported, and Unregulated Fishing Enforcement Act of 2015, introduced by Representative Madeleine Z. Bordallo (D-GU), passed the U.S. House of Representatives on July 27. Senator Lisa Murkowski (R-AK) sponsored the bill in the Senate, where it passed yesterday.

“Congress and the Obama administration have made combating illegal fishing a priority through lawmaking, hosting international talks, and convening the Presidential Task Force on Combating Illegal, Unreported, and Unregulated Fishing and Seafood Fraud. Leadership is needed on a global scale to stop this environmentally and economically damaging activity.

“The United States is a major fish importer and home to some of the world’s most well-managed fisheries, but global illegal fishing activities force U.S. fishermen to compete on an uneven playing field. This legislation further supports combating overfishing around the world and provides stiffer enforcement against those who break the law.

“Pew has worked with world leaders for more than a decade to see the Port State Measures Agreement come into force to stop illegal fishing. While more countries need to ratify the agreement, securing the participation of the United States is a major milestone in this global enforcement endeavor.

“Thanks to the bill’s bipartisan co-sponsors in both the House of Representatives and the Senate, we can mitigate the damage done by illegal fishing.”