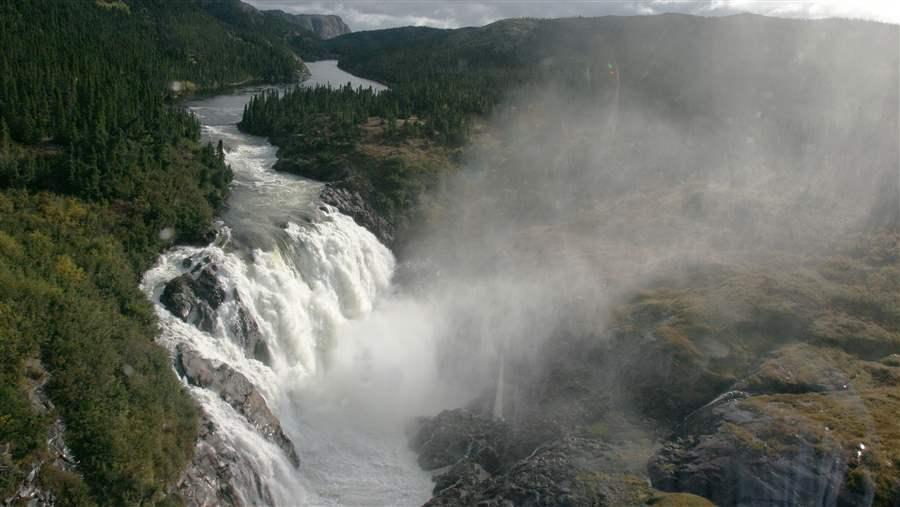 At the World Parks Congress here, Quebec Premier Philippe Couillard released a letter to conference delegates clearly articulating that under the policy, half of the 1.2 million sq km (463,000 square miles) of northern territory covered by the Plan Nord would be protected from industrial activity to preserve the region’s biological diversity.

“We are delighted that Premier Couillard has recommitted to the important conservation commitments of the Plan Nord.

“The policies of the Plan Nord are a high-water mark in conservation and an inspiration to those gathered here for the World Parks Congress.

“Premier Couillard has demonstrated that his government is ready to take the helm of one of the largest sustainable development initiatives in history. The Plan Nord provides a global model for comprehensively addressing economic concerns, the protection of the world’s last intact landscapes, and the rights of the indigenous people who live there.”

Background on the Plan Nord

The Plan Nord was launched in 2011 after a year and a half of meetings among nearly 450 representatives of provincial, regional, First Nations (Cree, Naskapi, Innu) and Inuit governments, and the economic, social, community, and environmental sectors. The parties worked to establish new ways of cooperating to balance economic development, social concerns, and environmental protection in northern Quebec.

The plan covers 75 percent of the province, an area twice the size of France. It includes commitments to maintain “Nation to Nation” relations with the aboriginal First Nations peoples who live in the Plan Nord territory and to protect 50 percent of the area from industrial activity.

It will provide important protection for the boreal forest in Quebec, which is a vital part of the largest intact expanse of forest remaining in the world.

The International Union for Conservation of Nature has described the plan as “a guiding light to the globe as we combat the enormous global challenges of biodiversity loss and climate change” and as “an outstanding and historic conservation policy that will positively reverberate around the world.” The New York Times has called the Plan Nord “one of the largest land conservation initiatives in history.”

More information on the International Boreal Conservation Campaign is available at: www.pewtrusts.org/en/projects/international-boreal-conservation-campaign