Americans spend $7.4 billion per year on payday loans, including an average of $520 in interest per borrower for eight $375 loans or extensions. The Pew Charitable Trusts establishes a new understanding of borrowers and their needs in Payday Lending in America: Who Borrows, Where They Borrow, and Why.

“Payday loans are marketed as two-week credit products for temporary needs. In truth, average consumers are in debt for five months and are using the funds for ongoing, ordinary expenses – not for unexpected emergencies,” said Nick Bourke, project director for Pew's Safe Small-Dollar Loan Research Project.

The report's findings challenge much of the conventional wisdom on short-term loans, such as the assumption that people have no other options. In fact, a majority of borrowers report having several alternatives they would use if payday loans are not available.

The research also explores the impact of regulation. “We now know that, despite concerns to the contrary, payday loan regulations have not driven people to borrow online. In states that restrict storefront lending, 95 percent of would-be borrowers have elected not to use payday loans at all. Just five percent went online or elsewhere,” Bourke said.

Who: Most borrowers are employed, white, female, and 25 to 44 years old. However, consumers who disproportionately use these products are those who lack a four-year college degree, are home renters, African-American, earn less than $40,000 per year, or are separated or divorced.

Why: Consumers use payday loans to cover everyday living expenses – not emergencies. Pew found that 69 percent of first-time borrowers needed funds for recurring expenses, such as utilities, credit card bills, or rent or mortgage payments. Only 16 percent sought money for unexpected expenses, such as a medical emergency. If payday loans were not available to them, 81 percent of borrowers reported they would cut back on other expenses instead.

Where: Of the 5.5 percent of adults nationwide who used a payday loan in the past five years, three-quarters went to storefront lenders and nearly one-quarter went online. In studying states with regulations that have eliminated storefronts, Pew found much lower payday loan usage overall; people did not borrow from online lenders instead. In these states, 2.9 percent of adults reported payday loan usage during the past five years, as opposed to more than 6 percent in states that have storefronts.

Payday Lending in America: Who Borrows, Where They Borrow, and Why is the first in a series of reports that will provide research for policy makers as they consider the best ways to ensure a safe and transparent marketplace for small-dollar loans.

The Pew Charitable Trusts is driven by the power of knowledge to solve today's most challenging problems. Pew applies a rigorous, analytical approach to improve public policy, inform the public, and stimulate civic life. 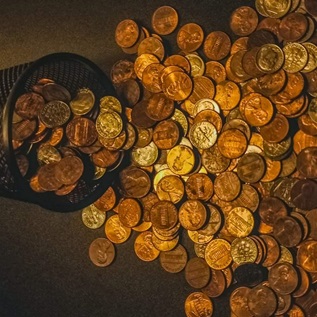