Jane Danowitz, director of the Pew Environment Group's U.S. public lands program, issued the following statement regarding a notice from the 10th U.S. Circuit Court of Appeals in Denver that it will not reconsider its October 2011 decision that upheld the 2001 Roadless Area Conservation Rule. A request for a rehearing of the case had been made by the State of Wyoming and the Colorado Mining Association. 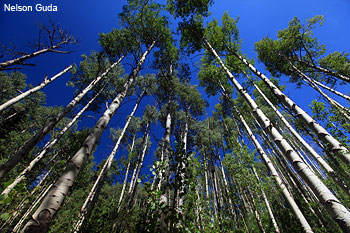 “Today's court decision gives President Obama a green light to implement one of the nation's most important conservation polices. With the last legal barrier cleared, the administration should move quickly to enforce the roadless rule as the law of the land.

“The importance of a national policy to preserve what remains of America's pristine forests cannot be overstated. Without the roadless rule, protection of these areas would be left to the patchwork management system that has resulted in millions of acres lost to industrial development. This decision is good news for all Americans who care about our national forests.”

On Oct. 21, 2011, the U.S. 10th Circuit Court of Appeals upheld the Roadless Area Conservation Rule in a unanimous ruling, which followed a similar decision by the 9th Circuit in 2009. Today, in response to a request for an “en banc” rehearing of the case, the court denied further review and confirmed it stands behind its October decision.

The Roadless Area Conservation Rule was issued in 2001 to protect nearly 60 million acres, or roughly one-third of undeveloped U.S. Forest Service lands. It was the result of the largest public lands review process in U.S. history, with more than 1.2 million comments and 600 public hearings. The Bush administration attempted to replace the national rule with a discretionary state-based petition process, and Colorado became one of two states to pursue a separate rule for its 4.4 million acres of roadless areas.

An Obama administration plan based on that proposal is now under review at the U.S. Department of Agriculture. Over the past two years, the Obama administration has received more than 200,000 messages from the public, a letter from 520 scientists, and open letters published in the Denver Post from outdoor industry and conservation groups – all of which have raised concerns about the Colorado proposal and called for the state's 4.4 million acres of national forests to receive the protections of the 2001 rule.