A comprehensive new study from The Pew Charitable Trusts' Philadelphia Research Initiative finds that K-12 education in Philadelphia is undergoing a sweeping transformation that has given parents a new array of choices about where to send their children to school but has left families thinking they still do not have enough quality options.

The study, Philadelphia's Changing Schools and What Parents Want from Them, finds that the three largest educational systems in the city—traditional public schools, charter schools and Catholic schools—have changed dramatically in size and composition during the past decade. Only one of them, the charter schools, has been growing. Indeed, charters, which have been in existence for only 13 years, now have more students than the Catholic school system.

The report features a first-of-its-kind poll of and focus groups with parents of school-age children in Philadelphia. Among the findings of the survey are these:

The study's heavy focus on parental attitudes and experiences is a reflection of how the educational landscape in Philadelphia is changing. With the increased emphasis on parental choice in the city and in cities throughout America, what parents want takes on greater importance.

“The quiet transformation in K-12 education in Philadelphia that has taken place in the past decade has given parents more choices and has put more pressure on them to make those choices wisely,” said Larry Eichel, project director of the Philadelphia Research Initiative. “But parents across the board say they welcome the challenge and wish they had even more options.”

Over the course of the past decade, the traditional public schools, those run directly by the School District of Philadelphia, have lost 19 percent of their enrollment, falling from 200,435 in the 2000–2001 school year to 162,662 in 2009–2010. At the same time, the district offers more choices than ever before, particularly at the high-school level. In 2002, there were 38 public high schools, most of them large, so-called comprehensive schools. Today, there are 63, many of them specialized schools open to students citywide.

During the decade, the district's overall budget, which includes spending on charter schools, has doubled to $3.2 billion. This infusion of money has been used to reduce class size, target additional funds to the poorest schools and launch a major capital improvement program to repair older schools and build new ones. Even so, the district's per pupil spending, as calculated in 2009 by the state Department of Education, remains among the lowest in the five-county southeastern Pennsylvania region and slightly below the statewide median.

Enrollment at the Catholic schools, operated by the Archdiocese of Philadelphia, is down 37 percent over the same period, dropping from 47,102 to 29,884.  Twenty-three grade schools and two high schools have closed. The once-robust Catholic educational system in the city, which gets high ratings for educational quality from the families it serves, is being weakened by two factors over which it has little control. One is the reduction in the number of church-registered Catholics in Philadelphia, down by 180,000 since 1990. The other is competition from charter schools, which, unlike the Catholic schools, charge no tuition.

Enrollment in the charter schools, which are independently run but publicly funded, has grown by 170 percent, from 12,284 in 2000 to 33,107 in 2009, surpassing the Catholic schools as the city's largest alternative system. Those figures do not count another 3,019 students staying at home to attend cyber charters over the Internet. And the waiting lists for the city's 67 charter schools are only slightly smaller than the total enrollment. Currently, there is one student in a charter school for every five in a traditional public school. With the district now turning over several troubled schools to charters, that ratio will almost surely rise in the years to come.

Among the other findings of the poll are these:

The poll, conducted by Abt SRBI Public Affairs in consultation with veteran pollster Cliff Zukin, included representative samples of parents with children in public, charter and Catholic schools, making it possible to compare levels of satisfaction among these three broad options. To further probe parental attitudes regarding K-12 education in Philadelphia, the Philadelphia Research Initiative conducted focus groups among the three groups of parents polled.

This study does not include the independent, private schools that account for about 7 percent of K-12 enrollment in Philadelphia.

About the Report
To prepare this report, veteran journalist Tom Ferrick Jr. and Laura Horwitz, research associate at the Philadelphia Research Initiative, conducted dozens of interviews with educators in Philadelphia and across the country. In addition, they compiled data to document enrollment trends and track the performance of the various types of schools in Philadelphia.

The poll surveyed the opinions of 802 Philadelphia parents, of whom 401 had students in district-run schools, 201 had students in charter schools and 200 had students in Catholic schools; both the charter and Catholic groups were deliberately oversampled to produce more statistically reliable results from those two groups. On questions posed to all of the parents, the results were weighted so as to accurately reflect the overall makeup of parents of school-age children across the city. Parents with children in private schools were not polled. The survey, conducted from December 11 through December 22, 2009, was devised in consultation with Cliff Zukin, veteran pollster and professor of political science and public policy at Rutgers University, and was conducted by Abt SRBI Public Affairs. The margin of error for questions posed to all parents is +/- 3.5 percent, higher for the various groups of parents.  View the topline survey questionnaire. 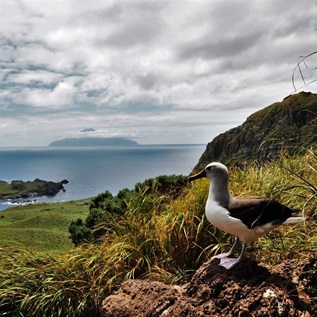