The Pew Charitable Trusts and the Woods Hole Oceanographic Institution (WHOI) announce the establishment of the Marine Aquaculture Task Force—comprising leaders from the worlds of science, industry, conservation and government—to recommend national aquaculture standards for the future development of our oceans. To address aquaculture's risks and benefits, the members of the Marine Aquaculture Task Force will be guided by the principle that marine aquaculture must be conducted in a way that does not harm fish and wildlife and the ecosystems on which they depend. The Task Force is made possible through the generous support of the Lenfest Foundation and The Pew Charitable Trusts.

Aquaculture is the farming of fish and shellfish and accounts for one-third of seafood consumed in the world today. The industry is growing rapidly as wild fish stocks decline and consumer demand for seafood continues to rise. The U.S. Department of Commerce has called for a fivefold increase in domestic aquaculture production by 2025. Although most aquaculture in the United States is currently inland or near the shore, much of the growth in aquaculture is expected to come from fish and shellfish farms in ocean waters. To facilitate this growth, the Commerce Department recently sent legislation to Congress that would greatly expand aquaculture in federal waters extending from three to 200 miles offshore. Despite aquaculture's promise to supply seafood, generate jobs and reduce fishing pressure on wild species, there are significant environmental and socio-economic concerns associated with its development.

“This task force comes at the perfect time,” said Rear Adm. (ret.) Richard F. Pittenger, chair of the task force. “Two major ocean commissions have recommended ecologically sustainable marine aquaculture and the Bush administration and Congress are in the early stages of contemplating how this should be done.” Adm. Pittenger recently retired as vice president for marine operations of WHOI and is a former Oceanographer of the Navy.

“Opening up our oceans to aquaculture holds great promise and great risk. If we proceed carefully and thoughtfully, we can produce benefits to the nation,” Adm. Pittenger added. “If we proceed recklessly, we could add to the injuries we have already inflicted on the oceans. I look forward to working with all interested parties to make sure that if the United States promotes aquaculture, we do it right.”

Bill Dewey, public affairs manager for Washington State's Taylor Shellfish Company, one of the largest producers of farmed shellfish in the United States, is also a member of the panel. “We've been farming shellfish for five generations in Washington. Over those years we've learned a lot about what it takes to be sustainable. First and foremost is maintaining the health of the ecosystem in which we work. As we look toward the future of marine aquaculture in the United States, the bottom line is that we need to ensure that we produce a healthy product that is also good for the oceans,” said Dewey.

“For the first time in human history, technology and economic incentives are aligned to bring large-scale agriculture into the oceans,” said Chris Mann, executive director of the Marine Aquaculture Task Force. “Before plunging in, we should consider very carefully the effect it will have on marine ecosystems and the people and communities who depend on them. That's exactly what the Task Force intends to do.”

The Marine Aquaculture Task Force will host and participate in a range of scientific and policy-making meetings; engage leaders from government, industry, science, and the environmental community; and publish a report recommending national standards for sustainable aquaculture. The task force will complete its work in 18 months, and its members include:

According to the National Oceanic and Atmospheric Administration, 70 percent of the seafood Americans consume is imported, and at least 40 percent is farm raised. In 2002, the United States ranked 10th in worldwide aquaculture production, accounting for just over one percent of the global market. On June 7, 2005, the Bush administration submitted to Congress for consideration and action The National Offshore Aquaculture Act of 2005. The legislation would give the Secretary of Commerce authority to permit offshore aquaculture in federal ocean waters, also known as the United States Exclusive Economic Zone.

The Pew Charitable Trusts serves the public interest by providing information, advancing policy solutions and supporting civic life. Based in Philadelphia, with an office in Washington, D.C., the Trusts will invest $177 million in fiscal year 2005 to provide organizations and citizens with fact-based research and practical solutions for challenging issues. The overarching mission of the Trusts' environmental work is to improve the quality of the environment by strengthening the scope and effectiveness of environmental laws and policies, primarily at the federal level of government. The report of the Pew Oceans Commission, released in 2003, was the first comprehensive assessment in over three decades of the state of America's oceans.

Woods Hole Oceanographic Institution (WHOI) is a private, independent marine research and engineering and higher education organization located in Falmouth, Mass.. Its primary mission is to understand the oceans and their interaction with the Earth as a whole, and to communicate a basic understanding of the ocean's role in the changing global environment. Established in 1930 on a recommendation from the National Academy of Sciences, the Institution operates the U.S. National Deep Submergence Facility that includes the deep-diving submersible Alvin, a fleet of global ranging ships and smaller coastal vessels, and a variety of other tethered and autonomous underwater vehicles. WHOI is organized into five departments, interdisciplinary institutes and a marine policy center, and conducts a joint graduate education program with the Massachusetts Institute of Technology.

Pew is no longer active in this line of work, but for more information view the materials here. 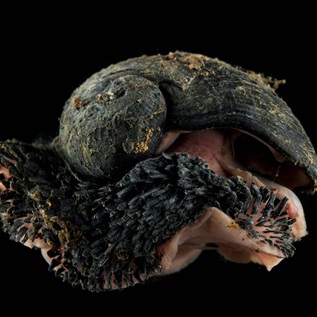 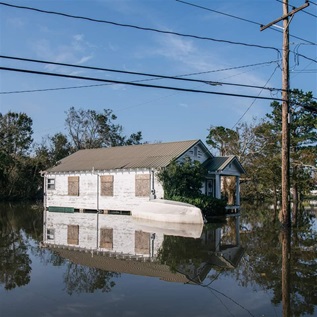