However, the average daily population in jails barely budged over the same period, dropping by fewer than 7,000 people—or less than 1%. This might seem like a contradiction. But there’s a simple explanation: Between 2010 and 2019, the average length of stay in U.S. jails increased from 21 days to 26 days, or by almost 25%.

Having been involved in the management of jail populations in Philadelphia and Louisville, we know that unnecessary time in jail can have serious health consequences. In addition, jail time can lead to the loss of a job, housing, or even custody of children. And for taxpayers, holding people in jail is costly: More than $25 billion a year—a sixfold increase over the past four decades—is spent locally on jails in the U.S. That’s why finding ways to reduce the number of people coming into jail, and how long they stay, has taken on increased importance, particularly as many courts face backlogs of cases as a result of COVID shutdowns.

A new study by the Data Collaborative for Justice at John Jay College sought to uncover some of the reasons for growing lengths of stay by analyzing the populations of three county jails—St. Louis, Missouri; Durham, North Carolina; and Louisville-Jefferson County, Kentucky—and produced some surprising findings.

First, the average lengths of stay grew by 18% or more at all three sites from 2014 to 2019. Notably, many of those admitted for serious charges stayed longer, with at least 23 days added to the average of time in jail for a felony across the three counties. With jail admissions declining by about 25% in the three counties (and declining for both felonies and misdemeanors), it’s not clear why the remaining cases are for longer stays. However, one possibility is that a rising median bail amount in all three counties means that more people didn’t have the cash necessary to be released pretrial: The average length of stay for those admitted pretrial on a new charge increased by a third.

Second, the research found that Black people in all three counties not only were overrepresented in the jail population, but also stayed longer in jail than White people; and in Louisville and St. Louis, this disparity increased from 2014 to 2019. The analysis also showed that the odds of staying more than 90 days in jail was greater for Black people than White people in the three counties, even after accounting for factors such as seriousness of the charge.

There have been some efforts in St. Louis and Durham to reduce lengths of stay, such as identifying people in jail who are unable to make bail but could be safely released into the community. However, more can and should be done, particularly because the initial decline in the U.S. jail population at mid-year 2020—during the first wave of the pandemic—had nearly evaporated by October 2021. Even with the omicron surge now apparently easing, other reasons remain for reducing the number of people in jail—including racial disparities, cost, and overcrowding—and how long they stay. And because each jail is different—with some holding prison overflow populations or probation violators, in addition to people held pretrial—county officials will need to dig into their own data for solutions. In doing so, they’ll help ensure that, both during COVID and long after, the health, safety, and welfare of their communities will be protected.

Julie Wertheimer oversees research and policy for The Pew Charitable Trusts’ public safety performance project and is a former senior director of the Office of Criminal Justice for the City of Philadelphia. Mark Bolton is the retired director of the Louisville Metro Department of Corrections.

This article first appeared in the Louisville Courier-Journal. 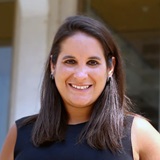