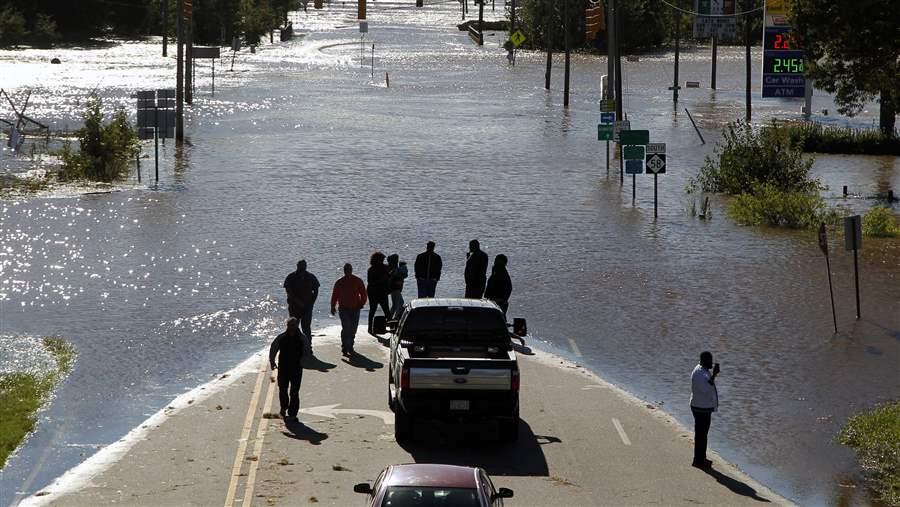 As North Carolina deals with the effects of Hurricane Matthew, people are stopped by floodwaters washing over a highway in Nashville on Oct. 9, 2016.

In the days after Hurricane Matthew made landfall on Oct. 8, the Federal Emergency Management Agency (FEMA) distributed 6 million meals, 1.1 million gallons of water and 87,000 blankets, providing a critical lifeline to residents of Florida, Georgia, South Carolina and North Carolina.

But as with any disaster, meeting these immediate needs is only the beginning of many millions of dollars of federal assistance over months and years to state and local governments, tribes, businesses and individuals in the affected states.

Over the past two decades, FEMA has seen a 212 percent increase in its Public Assistance Grant Program, the largest source of federal disaster assistance to state and local governments, from an annual average of $1.8 billion from 1996 to 2005 to $5.5 billion per year from 2006 to 2015. But these dollar figures are just the tip of the iceberg and do not include what other federal agencies — including the Departments of Defense, Health and Human Services, and Housing and Urban Development — have spent on disaster response, recovery and mitigation.

A Government Accountability Office (GAO) report in September put the average annual total of federal disaster spending in recent years at $27.7 billion, spread across 17 departments and agencies that play a role in response or recovery. This report provides a first-of-its-kind comprehensive look at federal disaster expenditures but tells only part of the story. The amount of state and local government investment in disaster relief and mitigation, a key part of the funding picture, remains unknown.

In fact, a complete tally of total public disaster-related spending in the United States does not exist.

Congress, the Department of Homeland Security's Office of Inspector General and the GAO are calling on FEMA to find ways to address the growing costs of natural disasters. Earlier this year, the House of Representatives unanimously passed the FEMA Disaster Assistance Reform Act, which requires that recommendations be developed based on a comprehensive study of how disaster-related costs can be reduced across sectors and all levels of government.

Reining in the costs of future natural disasters effectively will require a hard look at how disaster-related money is being spent and whether there is appropriate investment in activities that could reduce the costs of future disasters. A 2005 study by the National Institute of Building Sciences reviewed 10 years of federal government spending on hazard mitigation for earthquakes, hurricanes, tornadoes and floods and found that every dollar spent in preparing for these types of disasters saved roughly $4 in recovery costs.

And yet, federal funding has not followed evidence that investments in disaster mitigation could reduce total spending over the long run. For example, in fiscal year 2016, Congress appropriated $7 billion to FEMA's Disaster Relief Fund primarily for response and recovery, but only $100 million for the Pre-Disaster Mitigation Fund to limit the severity of damages from a future natural disaster.

Consider the case of Bradley Beach. When Hurricane Sandy struck the Northeast in 2012, this community in Monmouth County, New Jersey, suffered far less destruction than surrounding areas did.

In the 1990s, the town used snow fencing and discarded Christmas trees to trap drifting sand and build a 15-foot-high sand dune barrier along the waterfront, and then planted beach grasses to stabilize the dunes once enough sand had piled up. According to Bradley Beach officials, the project cost $10,000.

When the hurricane hit two decades later, the dunes protected the boardwalk and helped shield homes, leaving most intact. While Sandy ultimately cost the community between $2 million and $3 million in damage, some nearby communities fared much worse.

Now, bipartisan legislation introduced by Reps. Ed Royce (R-Calif.) and Earl Blumenauer (D-Ore.), the Repeatedly Flooded Communities Preparation Act, would encourage communities with properties that are continuously rebuilt after flooding to proactively reduce flood risk, as Bradley Beach did, rather than continually rebuilding.

And, FEMA is considering a "disaster deductible," which would require states to spend a certain amount before they can be eligible to receive federal dollars for recovery efforts following a disaster. States could lower the amount of the deductible by making investments in hazard mitigation activities.

The federal government needs more information on current state activities and funding in order to understand how the FEMA proposal, and other ideas under discussion, should be structured to have the greatest impact. Vermont, for example, has a statewide account that can be used for disaster expenses and also includes an incentive for local governments to adopt their own mitigation practices. And Colorado's Wildfire Risk Reduction Grant Program provides state funding for projects designed to prevent the spread of wildfires.

A thorough, nonpartisan analysis of spending across all levels of government is critical as the federal government looks for opportunities to invest more effectively and reduce natural disaster-related costs. Knowledge of what state and local governments bring to the table will help clarify areas where federal policymakers can better incentivize states to invest in mitigation, and thus reduce overall costs.

For 10 terms, beginning in 1975, Joseph P. Riley Jr. (D) served as mayor of Charleston, South Carolina. During his four decades in office, many extreme weather events flooded the historic southern city, which is bordered by two rivers and the Atlantic Ocean. In 1989, Hurricane Hugo, a Category 5 storm, tore through the city, claiming a dozen lives and causing more than $10 billion in recovery costs. 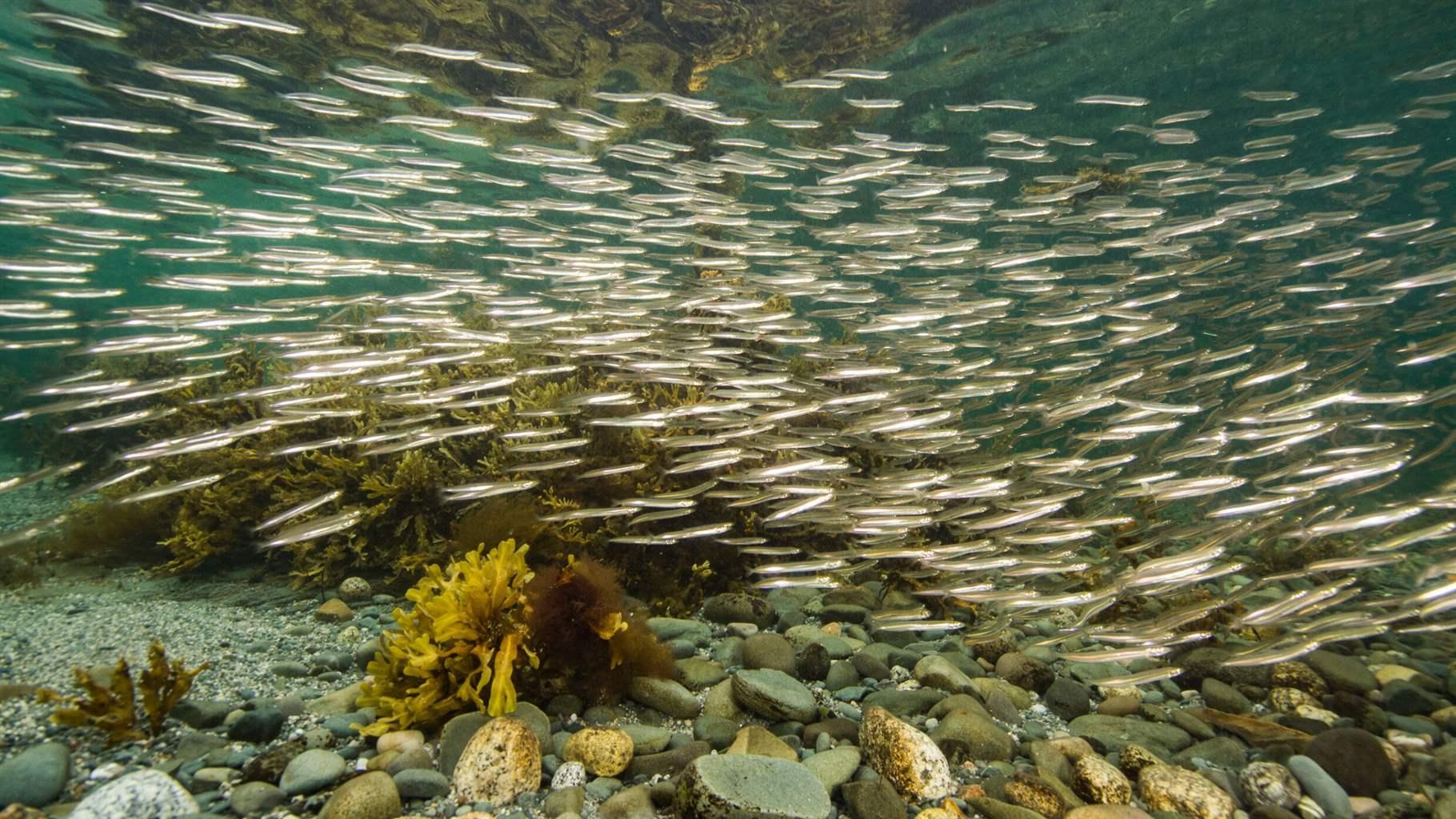 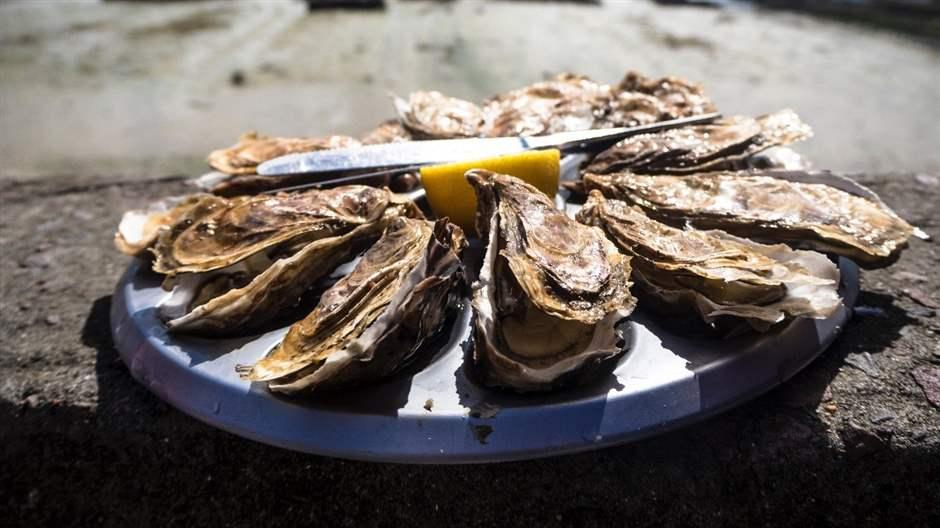 How Oysters Grow Their Way to Your Plate