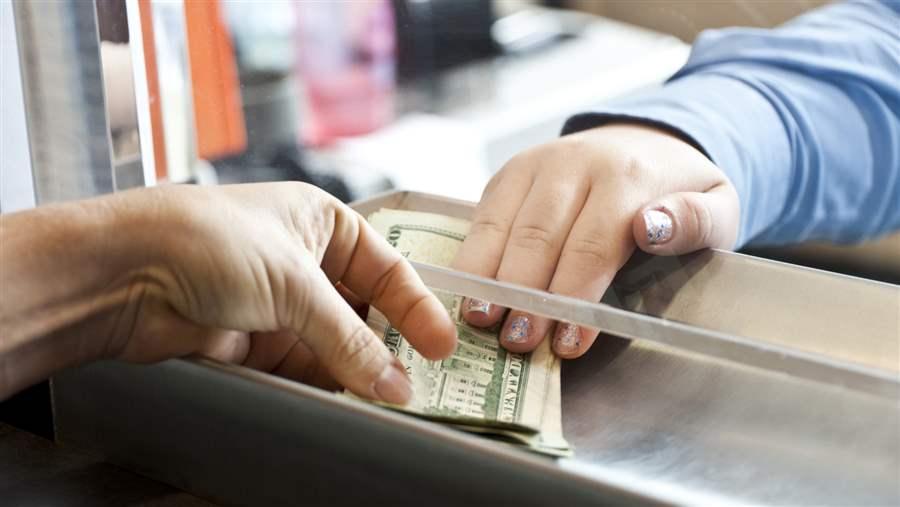 In the next few months, the Consumer Financial Protection Bureau (CFPB) will propose new payday loan rules that build on the bureau’s March initial framework. The impending rules will provide a much-needed response to many of the widespread harms in the payday loan market, which will benefit credit union members who currently use these loans. But the CFPB also should ensure that the new rules help credit unions provide better small-loan alternatives so their members no longer feel the need to go to payday lenders.

More than 100 million payday loans are issued annually, typically at rates between 300 and 500 percent APR. This is a large market that credit unions could serve better than payday lenders do, and at far lower cost to borrowers. Payday lenders require prospective borrowers to have a checking account and income stream. In other words, these borrowers are not the “unbanked.” So why are credit union members and bank customers turning to payday lenders?

Credit unions help members through programs that encourage saving and increase financial literacy. But when members are struggling to make ends meet, they often look for immediate financial assistance. So payday lenders step in with an offer that some folks can’t refuse: a loan averaging $375 with an appealing fixed fee, usually provided in less time than it takes to have a pizza delivered.

Payday loans often turn into months-long ordeals that cost customers more in fees than they receive in credit. But on the front end, speed and ready access to credit are major selling points of payday loans. (Seven in 10 customers report focusing primarily on speed or convenience, as opposed to cost, when choosing where to borrow.) So, to entice members to use lower-cost, more reasonably structured installment options, credit unions will need to issue small loans very quickly.

Federal regulators have an important role to play in making that possible. First, regulators should continue to support the NCUA’s Payday Alternative Loan (PAL) program. These loans cost six to seven times less than a payday loan. With maximum charges of 28 percent annualized interest and a $20 application fee, effective APRs range from 35 to 148 percent depending on a loan’s size and duration. While these rates are high, the small principal amount results in low costs for the member. For example, a three-month, $300 loan with an APR of 69 percent would cost only $35. In a recent survey, 85 percent of Americans said the terms of such a loan were fair.

Credit unions that have participated in the PAL program deserve recognition for their efforts. The program’s efficacy is reflected in a surprisingly low charge-off rate of just 2 percent, which is partially attributable to the fact that borrowers are already credit union members who make regular deposits to their checking accounts and typically repay via electronic debit. Yet the PAL program has tight revenue constraints, which is one reason that few of these loans are issued. About 1 in 7 federal credit unions currently participates in the PAL program, and they issued approximately 170,000 loans in 2014—just a sliver of the overall market with far less than 1 percent of the volume of payday loans issued that year.

That’s why regulators should support new ways for credit unions to make affordable small loans quickly and efficiently, which the CFPB is now considering. Its proposed regulatory framework supports both the NCUA PAL program and a new type of loan that has affordable payments (5 percent or less of the borrower’s monthly income) and reasonable durations (no longer than six months). These are the two safest types of loans outlined in the CFPB’s framework because they have the clearest and most conservative safeguards. In our conversations with credit union executives nationwide, they have stressed the need for the kind of alternatives the CFPB is considering in order to minimize regulatory burden and allow origination of better loans at a fair price. Unlike other loans described in the CFPB’s proposal, which would require extensive documentation and underwriting, the simplified origination process of the two loan programs would enable credit unions to issue these safe and affordable loans quickly, with far less compliance burden.

Consumers who borrow from regulated depository institutions where they already hold accounts would save significant sums of money and reduce their risk of becoming unbanked. In Pew’s study of online borrowers, 22 percent reported closing or losing a checking account in association with an online payday loan. Another study found higher rates of checking account losses associated with storefront payday loans. That’s not just bad for consumers, it’s also harmful to the depository institutions that serve them.

If the CFPB formalizes these options, credit unions would be able to greatly expand their small-loan offerings. That would be good for the credit unions and, most of all, good for consumers.

This opinion piece is reprinted with permission from Credit Union Times, where it appeared Dec. 9, 2015.