COVID-19 has led to challenges the world has not confronted in more than a century: over 55 million cases and more than 1.3 million deaths; massive disruption to economies; state and local budgets in the U.S. at the breaking point; and lack of contact with loved ones, teachers, colleagues, and friends. And the pandemic has brought greater attention to the role of science in society. Vaccine development, therapeutics, and epidemiology are new topics of conversation in the public square. So in this issue of Trend we step back to explore public attitudes about science and how science can inform policy.

In the months leading up to the pandemic, the Pew Research Center measured the level of trust in science and scientists. The data revealed that large majorities around the globe support government investment in science. But when asked if they trust scientists to do what is right for the public, only 38% of Americans answered “a lot.” So raising public confidence in science is a critical challenge.

Sudip Parikh, who leads the American Association for the Advancement of Science, writes that “a scientific endeavor that is not trusted by the public cannot adequately contribute to society.” Parikh believes that the science community has work to do if it wants to increase trust among the American people. But he also believes that public skepticism about science can be reduced when scientists build strong relationships with the communities they serve—and offers strategies to do just that.

While the pandemic is disrupting the globe, Marcia McNutt, president of the National Academy of Sciences, says that the research community can respond in a meaningful way with a three-part framework learned from other calamities such as the Deepwater Horizon oil spill: actionable science given to decision-makers in the earliest days of a crisis; strategic science involving interdisciplinary teams working together to avoid a cascading series of disasters; and irreplaceable science that takes advantage of the unusual conditions existing during a crisis: for example, studying the effects of less human activity on marine life during the pandemic.

Effective COVID-19 vaccines and other measures are already addressing the pandemic’s effects on public health and will eventually allow an economic recovery. But even when we put our masks away, science will continue to inform policy responses. Molly Irwin, who directs science and research at The Pew Charitable Trusts, writes that the federal government is building an infrastructure for collecting data needed to craft effective public policy. She notes that data-driven policymaking has evolved over decades and with each new challenge produces a body of evidence “that is adjusted, expanded, or reconsidered in subsequent versions” as scientists learn more about the problem they’re trying to address.

Solving difficult challenges based on a foundation of rigorous science and public trust is the goal of all the authors in this issue of Trend. I hope their insights will help inform yours. 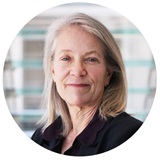 From Science to Policy to Practice
About Trend Magazine
Trend is an analysis of the facts, numbers, and trends shaping the world.
Learn More
Media Contact
Felisa Klubes
Director, Communications
202.540.6460
Sign Up
Don’t miss our latest facts, findings, and survey results in The Rundown.