Each year, at least 63 million and as many as 273 million sharks are killed in the world’s commercial fisheries, many solely for their fins, which are used in shark fin soup. More than 30 percent of the shark species and their relatives assessed by the International Union for Conservation of Nature (IUCN) are threatened with extinction.

Sharks are vital to ocean health. Protection and management of these species provide ecosystem, environmental, cultural, and economic benefits. To reverse the decline of sharks and rays, Pew worked internationally to influence fishing nations and the treaty organizations that regulate high seas fisheries and trade in endangered species. We also worked with governments to designate sanctuaries in waters that still have diverse populations of sharks and to advocate regionally and internationally for shark conservation. Pew will continue to work internationally to reduce the bycatch of species, including sharks, in fisheries and advocate for measures to conserve biodiversity.

The Pew Charitable Trusts today commended the decision by the Convention on International Trade in Endangered Species of Wild Fauna and Flora (CITES) to regulate the trade in 18 species of sharks and rays whose populations are depleted. 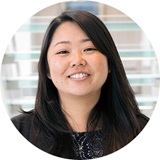 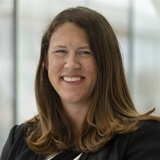