The Tristan da Cunha Island Council in November committed to designate most of the archipelago’s exclusive economic zone as a marine protected area. The move will fully safeguard an area that spans more than 265,000 square miles, and creates the largest marine reserve in the Atlantic Ocean and the fourth-largest fully protected marine reserve on the planet.

These waters serve as a feeding ground for the critically endangered Tristan albatross and endangered Atlantic yellow-nosed albatross, as well as the vulnerable spectacled petrel. Eighty-five percent of the world’s endangered northern rockhopper penguins breed on Tristan, whose nutrient-rich waters support 11 different species of cetaceans. To help the community actively manage these newly protected waters, the Pew Bertarelli Ocean Legacy Project is committed to supporting long-term implementation projects. These initiatives include developing a partnership with Global Fishing Watch to support the planning and management of effective marine protections by harnessing near real-time, open-source, and interactive data to evaluate ocean conditions, marine biology, and human activity, such as fishing.

The commitment is the result of a collaboration between Pew Bertarelli Ocean Legacy, which has worked to establish the scientific case for the protected area and secure community and government support, and the Blue Nature Alliance. The latter organization also partnered with five other donors to build an endowment to support local conservation and sustainable development, without which the community would have supported a marine protected area only half the size. Both projects are working with scientists and partner groups to conduct research and develop monitoring projects to bolster the reserve’s management and long-term durability.

In September, South Carolina Governor Henry McMaster (R) signed into law the bipartisan Disaster Relief and Resilience Act, which creates a State Office of Resilience to develop, implement, and maintain a watershed-based plan to respond to flooding and other climate-related natural disasters. It also creates two new funds dedicated to pre-disaster mitigation activities, such as buyouts, wetland restoration, and other nature-based solutions. The legislation stems from Pew-backed recommendations that were included in a November 2019 report issued by the South Carolina Floodwater Commission. South Carolina joins North Carolina and Texas, where efforts by Pew and its partners have led to the adoption of watershedwide plans to reduce flood risk.

In October, Bank of America, the country’s second-largest bank, introduced Balance Assist, a three-month installment loan up to $500 that will be available nationwide this year. The loan meets core standards for safe loans that Pew published in 2018, including affordable monthly payments and a cost that is far lower than payday and similar loans. In addition to providing information to the bank’s consumer advisory panel, Pew staff consulted with bank officials as they developed this offering. Bank of America becomes the second top-five bank (after U.S. Bank) to work with Pew to introduce a safe installment loan alternative to payday loans.

Australian government agrees to a streamlined process for carbon farming

The Australian government in September announced a 10-year investment package for new energy technologies, including a streamlined process for securing funding for carbon farming. In December 2019, Pew and its partners secured implementation of a carbon farming program in Western Australia that allows ranchers on state-owned pastoral leases to earn and trade carbon credits by reducing grazing and allowing the regeneration of native trees and other vegetation that absorb carbon dioxide. However, participation has been limited due to burdensome procedures for reviewing applications that can take up to six years. The Australian government has committed to a streamlined approval process that would take no more than 12 months. Pew worked with landholders, industry representatives, and the federal minister for energy to remove current impediments. The action will enable Pew and its partners to ramp up on-the-ground efforts to encourage Outback ranchers to adopt and receive financial remuneration for an approach that will allow restoration of critically important ecosystems across the Outback while reducing carbon emissions.

European environment ministers unanimously agreed in November to protect at least 30% of the European Union’s lands and seas by 2030. The commitment will allow the EU to support setting that goal, which a growing number of governments, scientists, and nongovernmental organizations, including Pew, are urging be set by the Convention on Biological Diversity when its parties convene this year in Kunming, China. Staff from multiple Pew environmental projects worked with partner groups to secure this action.

In November,  the Canadian government announced its commitment to establish the Inuit-led Arqvilliit (Ottawa Islands) Indigenous Protected and Conserved Area (IPCA). This proposed designation represents the first government-backed IPCA proposal for Canada’s Arctic waters and would conserve a 24-island archipelago in eastern Hudson Bay within the Nunavik marine region. The new IPCA is slated to cover nearly 60,000 acres of critical habitat for polar bears, bowhead whales, seals, and a variety of waterfowl. The IPCA would be managed by Nunavik Inuit through an Indigenous guardian program that will bring much-needed jobs to the community. Pew’s northern oceans conservation project and partner groups played a key role in securing this new IPCA pledge.

In September, the National Oceanic and Atmospheric Administration (NOAA) finalized new island-based fishery management plans for Puerto Rico, St. Croix, St. Thomas, and St. John, which had been approved by the U.S. Caribbean Fishery Management Council in April 2019. The new plans, which Pew and its partners helped develop, will put catch limits on 21 highly targeted species that were without safeguards—including dolphinfish, also called mahi-mahi—and lower catch limits for parrotfish and surgeonfish to account for their essential role in maintaining healthy coral reefs. The plans also maintain the current ban on damaging or harvesting corals, which are often taken by the aquarium trade industry. The decision by NOAA represents a major milestone in efforts by Pew’s conserving marine life in the United States project to implement a holistic approach to fisheries management, and it provides a foundation for securing the Caribbean’s first regionwide ecosystem-based fishery plan.

A boost for online arts programs

Arts organizations are adapting to pandemic-related restrictions with  imaginative digital programming that audiences can experience from home. With support from The Pew Center for Arts & Heritage, the Philadelphia Orchestra debuted the first phase of its collaboration with digital media artist Refik Anadol in an online concert in October. Conducted by Yannick Nezet-Seguin, the orchestra performed the second movement of Beethoven’s Symphony No. 7 accompanied by Anadol’s computer-generated visualizations of imagined sacred spaces inspired by Renaissance architecture. The orchestra will continue its collaboration with Anadol in a performance of Beethoven’s “Missa Solemnis” scheduled for its next concert season. In September, Pig Iron Theatre Company connected with audiences online through a Zoom-based adaptation of the play “Zero Cost House,” which was first performed in 2012 with Center support. The New York Times wrote that the company “reconfigured [the play] superbly for Zoom” and described the work as “probing, funny, [and] hugely resonant.”

Survey shows most Philadelphians know someone with COVID-19

Pew’s Philadelphia research and policy initiative’s August survey of city residents focused on the effects of the coronavirus pandemic and found that 58% of Philadelphians knew someone who has tested positive for COVID-19 and that 24% knew someone who had died from it. One-fourth of residents have fallen behind on rent or mortgage payments and nearly one-third have done so on credit card or other bills. In most cases, Hispanic and Black people experienced these effects more than White people did. In addition to the pandemic, the survey probed reactions to the protests following the death of George Floyd and the police response. Only 35% of residents rated the Philadelphia Police Department’s performance in responding to the demonstrations as “good” or “excellent” while 64% said it was “only fair” or “poor.” And Philadelphians’ respect for police has waned, with 62% of residents saying they have “a great deal” or “a good amount” of respect for police, down from 72% in 2016. Also, only 49% of Philadelphians said they feel “completely” or “pretty” safe in their neighborhoods at night—the lowest percentage recorded in more than a decade of asking the question.

The dating game is getting harder to play

The Pew Research Center in August published  a report examining Americans’ attitudes toward and personal experiences with online dating and relationships, based on a pre-pandemic survey, which found that nearly half of U.S. adults, including a majority of women, say dating has become harder in the past 10 years. Three-fourths of American adults who are single and looking for a committed relationship or casual dates say that it has been very or somewhat difficult to find people to date despite the general willingness of singles looking for a relationship to be open to dating people with different traits and from a variety of backgrounds. Large majorities of these singles say they would consider a relationship with someone of a different religion or different race or ethnicity. Most also say they would seriously date someone who makes significantly more or significantly less money than they do. But many hesitate about being in a relationship with someone who lives far away or has a significant amount of debt.

The Pew Research Center released a report in August culminating a yearlong exploration into factors related to trust in the news media that found that although roughly two-thirds of Americans (63%) think it’s better for society if the public is skeptical of the news media, three-quarters of U.S. adults (75%) say it’s possible for the public to improve its level of confidence in the news media. At the same time, most Americans (61%) expect the news they get to be accurate, and nearly 7 in 10 (69%) think news organizations generally try to cover up mistakes when they do happen.

The Pew Research Center in October released a report exploring Americans’ outlook on racial equality, finding that the public is about evenly split on whether the increased focus on issues of race and racial inequality in the summer of 2020 will lead to major policy changes to address racial inequality, and a sizable share (46%) say this will not lead to changes that will improve the lives of Black people. The survey also found that views of the country’s progress on racial equality have become more negative in the past year, particularly among Black and Hispanic adults and Democrats across racial and ethnic groups: Forty-nine percent of U.S. adults now say the country hasn’t gone far enough when it comes to Black people having equal rights with White people.

Why We Must Rebuild Trust in Science

A scientific endeavor that is not trusted by the public cannot adequately contribute to society.

At the top of Australia, a new marine park has won approval—the first in the Northern Territory in more than 30 years—at Limmen Bight.

Public employees count on pensions when they retire, but most states haven’t adequately funded their obligations. As of 2018, the funding gap for all the states totaled $1.24 trillion. 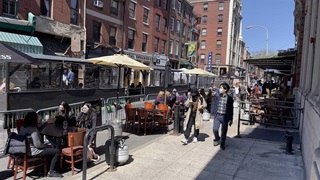 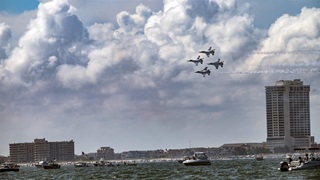 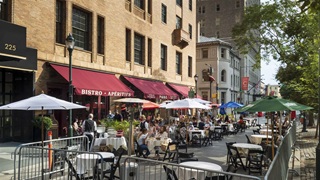