A Home for Oversized Oysters

Unlike most seafood purveyors, oyster growers face a constant Goldilocks pressure: Their product must be just the right size—neither too big nor too small—to hit the sweet spot shellfish consumers expect at restaurants and markets. That’s not a problem in a normal year with steady demand—growers can simply harvest oysters when they’re within that ideal size window.

But, of course, 2020 wasn’t normal, and oyster sales are way down because of the COVID-19 pandemic. That’s left many farmers holding bivalves that grew beyond the ideal size for the half-shell market, and it has created a major dilemma over what to do with those XXL mollusks.

For growers in seven states, a solution is now at hand: Under a program called Supporting Oyster Aquaculture and Restoration (SOAR), growers can sell their live, oversized oysters to be transplanted into reef restoration projects. SOAR, which was formed by The Pew Charitable Trusts and The Nature Conservancy, launched in October in Maine, Massachusetts, and New Hampshire and has since expanded to Maryland, New Jersey, New York, and Washington state. It’s one of the few programs that transplant still-living oysters onto reefs.

Oyster reefs convey a range of benefits. They help protect shorelines by reducing wave energy and blunting storm surges. Living reefs also provide habitat for a range of wildlife, and because their main inhabitants—oysters—filter water as they feed, they also benefit the broader ecosystem and coastal communities.

Despite all of these attributes, oyster reefs are among the most imperiled marine habitats on Earth. Globally, over 85% of these reefs have disappeared because of overharvesting, pollution, and habitat destruction—factors that have also reduced native U.S. oyster populations to a fraction of their historic levels.

To counter that, some states, including Maryland, New York, and Virginia, have invested in oyster reef restoration in recent years, with encouraging results. Still, projects face challenges because of the time, money, space, and expertise needed to raise baby oysters to a size substantial enough to increase their chance of survival once they’re relocated to a reef. Adding large, healthy, adult oysters to these projects through the SOAR initiative could rapidly accelerate progress in restoration.

SOAR was developed with guidance and support from state and federal agencies and is the largest partnership between growers and restoration experts to date, with $5 million in funding in 2020. It expects to buy at least 5 million oysters to populate 27 acres of reefs across 20 restoration sites, and SOAR staff anticipate that more than 100 shellfish companies will ultimately sell to the program. Revenue from those sales would help support 200 jobs in New England, the mid-Atlantic, and the Pacific Northwest.

The program will purchase only native oysters—specifically, the Eastern (or American) oyster on the U.S. East Coast and the Olympia oyster in Washington—because nonnative species can disrupt ecosystems, in part by outcompeting native species. The initiative builds upon similar smaller-scale efforts over the past several years in New Hampshire, Rhode Island, and Washington, among other states.

“Rebuilding wild native shellfish habitats is one of the most promising opportunities for restoring coastal ecosystems,” says Aaron Kornbluth, an officer on Pew’s campaign to protect marine life on the East Coast who has worked extensively on oyster reef rehabilitation.

Pew hopes that SOAR can catalyze greater collaboration between oyster growers and states, conservationists, and other stakeholders, and that reef restoration projects can become a new market for shellfish farmers—which would not only benefit growers and shellfish populations, but also coastal ecosystems and communities.

The Gulf of Mexico is home to a wondrous array of marine life, including ancient deep-sea corals that are vital to the health of the ecosystem. In the Gulf, coral habitats provide food, shelter, and breeding grounds for sharks, crabs, snapper, grouper, and other wildlife. However, although some deep-sea corals can reach hundreds of feet tall and live for thousands of years, they are slow-growing and highly vulnerable to damage and destruction by certain fishing methods, which can break or smother them. And, once damaged, corals can take centuries to recover—if they survive at all.

Now, at least some of those fragile organisms are protected, thanks to a new federal rule designating 21 sites that total 484 square miles (an area more than twice the size of New Orleans) as Habitat Areas of Particular Concern, restricting the use of damaging fishing gear in most of them.

The October action by the Commerce Department followed initial approval of the plan—in 2018—by the Gulf of Mexico Fishery Management Council. All told, the plan drew nearly 30,000 supporting signatures in two rounds of public comment. The newly protected sites are among dozens of deep-sea coral hot spots that scientists, fishermen, conservationists, and fishery managers identified as priority areas for conservation, management, and research.

And research around coral ecosystems is promising, as it turns out they, like some other deep-sea organisms, are natural disease fighters. Sponges, for example, produce chemicals, some of which are shown to fight infection in humans. Discoveries from sponges already have led to the development of antibiotics and cancer-fighting drugs, and their skeletons are being studied for potential use in bone grafting. Scientists see similar potential in deep-sea corals. Researchers have discovered that one type of gorgonian coral, also known as sea fans, contains powerful anti-inflammatory chemicals and that some soft corals have potential anti-cancer and antiviral properties.

The October rule also allows the Gulf council to recommend measures to avoid, mitigate, or offset any adverse impacts from other industrial activities at the 21 sites, including oil and gas exploration and drilling. In most of the new areas, the council restricted damaging fishing gear, such as trawls, traps, anchors, and longlines, that can break or smother corals. Trolling and other hook-and-line fishing will still be allowed, because those methods do not normally affect the deep ocean floor where these corals live.

“This new rule will benefit not only the corals but a host of other marine life,” says Holly Binns, who directs Pew’s conserving marine life program in the Gulf of Mexico and U.S. Caribbean.  “It’s also going to be a big help to current and future generations of anglers, commercial fishermen, and seafood consumers, as well as countless others who rely on a healthy Gulf of Mexico.”

Healthy smiles are something many Americans take for granted, yet not everyone has the same access to dental care. Across the country, some 56 million people live in areas where dentists are in short supply. And for the 72 million children and adults who rely on Medicaid—which is accepted by only a third of U.S. dentists—routine oral health care remains a challenge. Dental therapists can help fill this gap.

These midlevel providers offer preventive care and routine restorative procedures, such as filling cavities and placing temporary crowns, and they can help increase dental care for underserved communities. Because they work under the general supervision of a dentist, dental therapists also aren’t fettered to an office. They can be mobile and deliver care directly to people who would otherwise have a hard time reaching a provider—visiting nursing homes, schools, veterans’ homes, and more.

For nearly a decade, Pew has promoted dental therapy as a sensible way to increase access to oral health care for populations in need, supporting licensing, practice requirements, and training standards for dental therapists. Today, a dozen states from Alaska to Maine have come to allow the work of dental therapists, always with bipartisan support.

“Dental therapists are a common-sense way to increase access to oral health care for underserved communities,” says Kristen Mizzi Angelone, senior manager for Pew’s dental campaign. “Allowing the use of these midlevel providers gives the dentists who supervise them the opportunity to focus their time and skills on more complex procedures.”

Last year ushered in a new milestone for these providers when the Commission on Dental Accreditation accredited a dental therapy education program for the first time ever, at Iḷisaġvik College in Utqiaġvik, Alaska, on the northernmost tip of the state. In 2005, Alaska was the first state to allow the use of dental therapists, and today these providers serve some 40,000 Indigenous people across the state—ensuring that people living in rural communities now have regular access to dental care.

“Accreditation represents a huge milestone for a program that grew out of great need in rural Alaska,” says Dr. Mary Williard, the Alaska Dental Therapy Education Program chair. “We are now an important step closer to the day when dental care is no longer a privilege, but is available when and where it is needed.”

When the Sea Runs Dry: One Fishing Community's Story

Once home to the world’s most abundant fish stocks, the waters of West Africa have fallen prey to overfishing by industrial trawlers, devastating places such as Joal-Fadiouth.

Scientists at Work: The Wonder of Blue Whales

Blue whales are big but they’re not invulnerable, often falling victim to strikes by ships in the northern India Ocean. Asha de Vos, a Pew marine fellow who founded Sri Lanka’s first marine conservation research and education organization, tells us about the beauty of blue whales and their importance to the health of the ocean.

Government Restrictions on Religion Reach Highest Level in a Decade

In 2018, the global median level of government restrictions on religion—that is, laws, policies, and actions by officials that impinge on religious beliefs and practices—continued to climb, reaching an all-time high since the Pew Research Center first began tracking these trends in 2007.

The year-over-year increase from 2017 to 2018 was relatively modest, but it contributed to a substantial rise in government restrictions on religion over more than a decade. In 2007, the first year of the study, the global median score on the Government Restrictions Index (a 10-point scale based on 20 indicators) was 1.8. After some fluctuation in the early years, the median score has risen steadily since 2011 and now stands at 2.9 for 2018, the most recent full year for which data is available.

The increase in government restrictions reflects a wide variety of events around the world, including a rise from 2017 to 2018 in the number of governments using force—such as detentions and physical abuse—to coerce religious groups.

The total number of countries with “high” or “very high” levels of government restrictions has been mounting as well. Most recently, that number climbed from 52 countries (26% of the 198 countries and territories included in the study) in 2017 to 56 countries (28%) in 2018. The latest figures are close to the 2012 peak in the top two tiers of the Government Restrictions Index.

Of the five regions examined in the study, the Middle East and North Africa continued to have the highest median level of government restrictions in 2018 (6.2 out of 10). However, Asia and the Pacific had the largest increase in its median government restrictions score, rising from 3.8 in 2017 to 4.4 in 2018, partly because a greater number of the region’s governments used force against religious groups, which included property damage, detention, displacement, abuse, and killings. 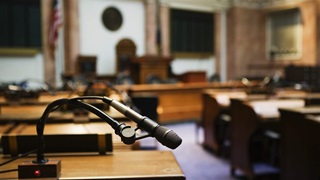