Inspired by the Power of Knowledge

Benjamin Franklin was far ahead of his time. In 1758, he published one of the earliest American books on personal finance, The Way to Wealth. And while it is filled with sage advice about saving, frugality, and time management, Franklin also points out that “An investment in knowledge pays the best interest.”

This simple maxim has long guided The Pew Charitable Trusts in our use of facts and data to learn, innovate, and create long-lasting and positive change. While our portfolio of work changes over time, we remain inspired by the power of knowledge to find evidence-based solutions and serve the public interest.

In 2018, Pew’s research, advocacy, and technical assistance—combined with the experience and wisdom of our partners and donors—led to measurable accomplishments across a wide range of issues. They include working in Ohio to help pass the Fairness in Lending Act, a model for financial reform in other states where payday lending is allowed. We collaborated with scientists and fishermen to develop new fishing gear to catch swordfish along the California coast—a victory for whales, sea turtles, and other marine life that had been caught up by gillnets and discarded. In our hometown, the School District of Philadelphia—acting on findings from Pew’s Philadelphia research initiative that low-income students enrolled in the city’s high-performing special admissions high schools in smaller numbers—adopted new policies to improve outreach to those students. And the Pew Research Center’s data-driven analyses continued to illuminate important global trends, such as its finding that sub-Saharan Africa had the largest increase in the world of people displaced from their homes due to conflict and unrest. You will learn more about these and other accomplishments in our annual review, featured in this issue of Trust.

The center also released an enlightening series of reports about how people approach information and determine what is true when some social media platforms, bots, and phony websites are used to spread falsehoods. One report examined the public’s ambivalent attitude about facts. It determined that only 38 percent of American adults have a strong interest in seeking out reliable information about the news and the self-assurance to find trustworthy sources, while 49 percent are relatively disengaged, unenthused, and wary about seeking facts. And a separate survey of some of the world’s leading technologists, scholars, and social media practitioners found them nearly evenly split over whether new trusted methods will emerge to block lies and misinformation online in the mobile, 24/7 information environment that is now an inescapable part of modern-day life.

These reports show that many Americans pursue information in varied ways and are often skeptical about facts. Nevertheless, Pew remains committed to rigorous, nonpartisan research—not simply to prove that facts exist and can be differentiated from falsehoods, but also because data, evidence, and science are indispensable to an informed citizenry and a thriving democracy. You can read more about these findings in this issue.

For artists, insight is often found through observation, intuition, and personal experience, which they express in imaginative works that shed new light on humanity. The Pew Fellowships in the Arts have long recognized and encouraged the Philadelphia region’s most talented artists. Along with financial support, the program provides advice on communications, fundraising, and promotion that helps artists succeed. To date 350 fellows have deepened their talent for painting, dance, music, writing, and other creative endeavors, providing unique perspectives that illuminate our past, our present, and our common future. You’ll find out more about the Pew fellowships—and meet some of these artists—in this issue.

Some wisdom is timeless. When Benjamin Franklin urged his readers to seek out knowledge more than two and a half centuries ago, he did so long before personal computers, GPS satellites, the internet, and so many other inventions that have revolutionized the way we learn, communicate, and make the decisions that guide our lives. But he understood that the greatest return on investment will always come from knowledge, whether we arrive at it through reason, experience, investigation, or observation. That lesson has sown the fertile ground in which our accomplishments last year—and every year—take root.

The Big Picture In Philadelphia, a Wellspring for Artistic Creativity
Read More
Past Notes From the President 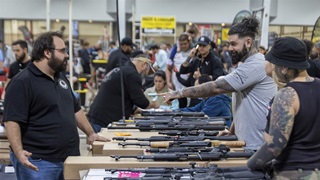 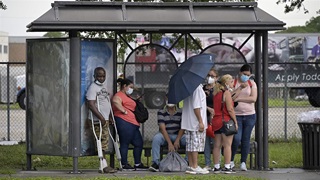