Most Americans Take Supplements; FDA Should Know Something About Them

Most American adults take at least one dietary supplement daily—products that include vitamins, herbs, botanicals, or amino acids, among other ingredients. But not all of them are safe. Between 2004 and 2013, the Food and Drug Administration (FDA) received more than 15,000 reports of health problems linked to supplements, including 339 deaths and nearly 4,000 hospitalizations. These figures likely represent only a small fraction of the harm caused by unsafe supplements.

So it came as welcome news in February when, a few weeks before revealing his plans to leave his post, FDA Commissioner Scott Gottlieb announced the agency’s intention to strengthen its oversight of supplements. The announcement described the most significant changes in 25 years to the agency’s approach to supplements, including the creation of a new tool to quickly notify the public about safety concerns with products or ingredients; an update to the system for manufacturers to submit notifications of new ingredients; the establishment of a public-private partnership to evaluate the safety of botanical ingredients; and the continuation of enforcement actions against unlawful claims and ingredients.

Dr. Gottlieb also announced that the agency will engage in a public dialogue about potentially updating the Dietary Supplement Health and Education Act (DSHEA), the 1994 law that governs FDA’s authority over supplements. Specifically, he described the possibility of an amendment instituting a product listing requirement, under which manufacturers would have to share with FDA certain information about each of their products.

Building on this statement, President Donald Trump’s fiscal year 2020 budget request includes a legislative proposal that would require all products marketed as dietary supplements to be listed with FDA. This would enable the agency to know what products are being sold, and thereby be able to act more effectively against unsafe supplements. The proposal is one of the strongest signals the administration can send on its support for product listing.

Enactment of the proposal would be a hugely beneficial change for FDA. Right now, the agency doesn’t even know how many products are being sold: Dr. Gottlieb’s announcement cited a range between “more than 50,000—and possibly as many as 80,000 or even more.”

A product listing requirement would provide a comprehensive picture of what products are on the market and would enable FDA to direct its resources and expertise toward supplements with greater potential to harm consumers. It would also give retailers a mechanism to ensure that the supplements they sell are known to FDA and subject to the agency’s oversight.

Mandatory product listing would also enhance FDA’s ability to respond effectively to emerging safety concerns. If the agency learned that an ingredient was dangerous, it could easily identify all listed supplements that contain it and take actions such as warning consumers or mandating a recall.

When DSHEA was enacted a quarter century ago about 4,000 supplements were on the market; now there may be 20 times that many. Supplements have ballooned into a $40 billion industry, but FDA has no mechanism to know what retailers are selling.

Acting commissioner Ned Sharpless, along with agency staff, should continue the conversation that Dr. Gottlieb began around amending DSHEA, giving priority to mandatory product listing. And Congress should pass legislation to give FDA the authority to collect basic information about each item on the market, such as its name, ingredients, and label. Americans look to FDA to ensure the safety of these products. It must have the tools it needs.

Four in 5 American adults report having used supplements, products that can include vitamins, minerals, plant and animal extracts, hormones, and amino acids. The Food and Drug Administration (FDA) oversees the safety of supplements, and nearly all adults say the agency should have this responsibility. 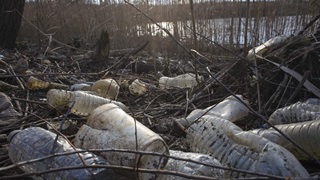 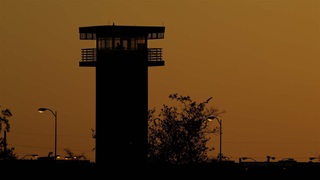