Now Is the Time to Prepare for the Next Election Emergency

The 2020 election has rightly been judged as well-managed, despite the enormous challenges posed by casting and counting millions of votes in the midst of a deadly pandemic and national lockdown.

They did a remarkable job, but the outcome could have been much, much different.

Suppose the coronavirus had arrived on American shores not in February but in October. Suppose that instead of eight months for state and local election officials to plan for voting during the pandemic, they had only weeks.

That’s essentially what happened in Wisconsin’s presidential primary. Amid the first wave of the virus, the state proceeded with its scheduled April 7 primary. In Milwaukee, the state’s largest city, intense fear of infection led thousands of poll workers to decline to serve. Just four days before the primary, the city announced that only 4 percent of its polling locations would open, resulting in three-hour waits to vote and a significant drop in anticipated turnout.

Imagine if that had happened just four days before the November general election, with its huge voter turnout. Milwaukee would have had to funnel a quarter of a million voters through just five polling places—an impossible task. Instead, because the city had eight months to recover after the primary, Milwaukee accommodated 68 percent of its voters through early and mail voting. The city rallied to open 175 voting locations with pandemic protections for the 80,000 voters who cast their ballots in person on Nov. 3.

The lesson is clear: The nation needs to plan now for late-emerging problems and voting contingencies well before the next presidential election.

"No one can predict or control when or how the next threat to an election may arise."

Our presidential election calendar is set in stone by the Constitution. Other nations can move their elections in response to a pandemic, natural disaster, or terrorist attack, and more than half of the scheduled elections around the world have been rescheduled during the COVID-19 pandemic. In the U.S., individual states may be able to cancel a primary or reschedule a state election, but the presidential election must take place on the first Tuesday in November.

Election officials started realizing last April that they had to make dramatic changes to meet that deadline. They shifted 40 million voters to mail ballots, bought millions of dollars’ worth of new equipment to handle the mail volume, recruited hundreds of thousands of new poll workers, replaced tens of thousands of polling places that were lost to COVID-19 restrictions, bought expensive protective equipment for workers, and found ways to share up-to-date information on voting options and polling places.

The federal government eventually contributed $400 million to help, but only after a political fight. Private contributions from individuals and philanthropies actually exceeded the federal funding. That was a crucial investment during a once-in-a-lifetime election, but it was hardly a model of how the most basic democratic institution should be funded in future crises.

All these laudable efforts succeeded only because officials had months to act. No one can predict or control when or how the next threat to an election may arise. The time to plan is now.

Election reform is on the agenda right now in Congress and in many state legislatures. The first bill introduced in the new Congress, H.R. 1, is a 791-page catalog of proposals long sought by the Democratic majority in the House of Representatives for voting rights, election administration, redistricting, government ethics, and campaign finance. But bipartisan compromise will be required for passage.

While H.R. 1 has a short section requiring states to publish emergency action plans, it does not create a comprehensive emergency management infrastructure for future elections. It should.  The bill requires further fine-tuning to give election officials the flexibility they need to meet operational challenges in emergencies.

The federal government cannot act alone. State policymakers and election administrators play a pivotal role—and modernizing our election system will depend on reforms in states and localities. America’s citizens deserve good-faith, nonpartisan cooperation among the local, state, and federal governments. Recent efforts to build trust between election officials and the federal government in the area of cybersecurity could serve as a model.

Election officials face challenges every year: bomb scares, no-show poll workers, blizzards, power outages, hurricanes, and more, usually regional in scope. In 2020, they faced and met a true national threat to a presidential election. Now is the time to focus on what they learned—and to prepare for the next crisis before it arrives.

This piece was originally published in The Hill on March 9, 2021.

Return on Investment A Vision for Lasting Philanthropy
AUTHOR 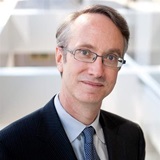 Far fewer people are riding buses and trains during the COVID-19 pandemic, but in November’s election, voters still approved more than a dozen proposals to increase spending on public transit.