Who is Generation Z

Who is Generation Z

There’s been plenty researched about that group—poised to soon become the largest generation of Americans, making its presence felt in society, politics, and the workplace. But like their older predecessors, Millennials are becoming more established and defined—the oldest of them turn 38 this year—so they now can start looking over their shoulders at who’s coming next.

They are some of the nation’s youngest people; born after 1996, the most senior of them will turn 22 this year. But like generations before them, their demographic characteristics, the influences on them—from technology to the economy—and their developing views on a range of issues are beginning to define them as a distinct group.

A series of new reports from the Pew Research Center has found that this generation is the most racially and ethnically diverse, and is on track to be the best educated, in U.S. history. They overwhelmingly live in metropolitan rather than rural areas. And, perhaps unsurprisingly, technology plays a central and natural role in their lives.

But, first, two questions: Why name a new generation now? And why call it Z?

A number of sociologists and other experts have recently been noticing a demographic evolution: changes in attitudes among young people, troubling increases in rates of depression, and other changes that led them to wonder if it was time to define a new generation. Although some researchers have used other years, the center decided to use 1996 as the last birth year for Millennials—to keep that generation “analytically meaningful,” says Michael Dimock, the center’s president, to begin “looking at what might be unique about the next one.”

"But perhaps the biggest distinction for Gen Zers is that technology is such a central part of their upbringing. Baby Boomers grew up as television was expanding. Generation X grew up as the computer revolution was unfolding, and Millennials came of age during the expansion of the internet."

In November, Kim Parker, who directs the center’s social trends research, co-wrote Pew’s first report on what it was then calling the “post-Millennial” generation. “They’re clearly the most racially and ethnically diverse generation we’ve seen,” she says. “But there was more. Millennials got a slow start on adulthood because of the Great Recession. This new generation is going to inherit a different kind of economy and different set of opportunities. Millennials grew up in the shadow of the wars in Iraq and Afghanistan, which have contributed to the political polarization in the country now. This new group is growing up in a different political environment.” There also was, she says, the realization that this was the first generation to come of age with technological advances such as the smartphone not as something new to be adopted, but simply as an accepted part of everyday life.

But what nifty name to call these post-Millennials? There’s no hard and fast way that generation names are decided; instead, they emerge mostly by happenstance, and endure if a name gains more everyday use. A number of labels were bandied around by experts in the past couple of years as it became clear that a new generation was emerging: one was “homelanders,” because this generation came of age in the time of Homeland Security, while sociologist Jean M. Twenge—in a nod to the impact of technology, in both good and bad ways, on the generation—has opted for iGen.

The Pew Research Center, data-driven as usual, analyzed Google trends data related to the new generation between 2014 and 2018 and found that by far “Generation Z” was outpacing other names in searches. So, although the center’s researchers say they’re open to revisiting their decision down the road, they’ve decided to use that moniker. That means Gen Z has become a generation defined by technology in more ways than one.

The November report provided the center’s first analysis of census data to paint an early demographic portrait of this new generation.

The report determined that nearly half (48 percent) of 6- to 21-year-olds are racial or ethnic minorities, compared with 39 percent of Millennials in that age bracket in 2002 and more than double the percentage of early Baby Boomers in 1968.

It also found that the new generation is being shaped by changing immigration patterns. The Great Recession and decline in employment led to fewer immigrants coming to the United States, with immigration peaking in 2005, when the oldest members of Generation Z were 8. As a result, Generation Z has fewer foreign-born members than the Millennial generation did in 2002—and a significantly higher number who were born in the U.S. to immigrant parents.

One in 4 Gen Zers are Hispanic, significantly higher than their share of Millennials in 2002. The percentage of Asians is up slightly, from 4 percent to 6 percent, while the share who are black is about the same as Millennials had at a comparable age. (In fact, black representation among the nation’s youth has changed little since the early Baby Boomers in 1968.)

"Surveys of today's Gen Zers are not a crystal ball, with firm predictions of future views."

Where they’re also different is in education. Gen Zers have higher high school graduation rates and lower dropout rates than those who came before them, and they are more likely to be in college. In 2017, 59 percent of 18- to 20-year-olds were in college, compared with 53 percent of Millennials and 44 percent of Gen Xers at similar ages.

The researchers concluded that college attendance may help explain why Gen Zers are less likely to be in the labor force: Only 58 percent of 18- to 21-year-olds reported working in the previous year, compared with 72 percent of Millennials at a similar age.

But perhaps the biggest distinction for Gen Zers is that technology is such a central part of their upbringing. Baby Boomers grew up as television was expanding. Generation X grew up as the computer revolution was unfolding, and Millennials came of age during the expansion of the internet.

“What’s unique for Generation Z is that all of the above has been part of their lives from the start,” Dimock says. “The iPhone launched in 2007, when the oldest Gen Zers were 10. By the time they were in their teens, the primary means by which young Americans connected with the web was through mobile devices, Wi-Fi, and high-bandwidth cellular service. As Millennials came of age, they adapted to social media, constant connectivity and on-demand entertainment and communication. But for those born after 1996, these are all largely assumed.”

After its first report outlined what Gen Zers look like demographically, the center next aimed to determine their views on a range of social subjects. Researchers got permission from the parents of those under 18 who participated and geared the questions to be accessible to teenagers and easily completed on smartphones.

Parker, who also co-wrote this second report, says the results show that Gen Z is “moving toward adulthood with liberal attitudes and an openness to emerging trends such as gay marriage and gender identity.”

In many instances, the new generation’s views follow Millennials’ and are in stark contrast to the oldest group, the Silent Generation, with Baby Boomers and Gen Xers falling in the middle.

Thirty-five percent of Gen Zers say they personally know someone who prefers that others refer to them with gender-neutral pronouns, significantly higher than the 25 percent of Millennials, and nearly triple the percentage of Baby Boomers who say they know such a person. Gen Zers also are the most likely to say that forms or online profiles that ask about a person’s gender should include options other than “man” or “woman.” About 6 in 10 Gen Zers hold that view, compared with half of Millennials and 4 in 10 or fewer Gen Xers, Baby Boomers, and members of the Silent Generation.

A third report on some of the youngest Gen Zers, published in February, offers more troubling news. Large national data sets such as the government-funded Monitoring the Future studies have indicated that anxiety and depression are rising among teens. The center’s survey of 13- to 17-year-olds found that 7 in 10 say these are major problems among their peers in the community where they live.

Some sociologists have begun to theorize that these increasing rates for depression and anxiety may stem from Gen Zers’ ties to technology, with so much of their view of the world shaped by social media.

The center’s initial reports don’t make those connections. But Dimock, the center’s president, notes that “the implications of growing up in an ‘always on’ technological environment are just coming into focus. What we don’t know is whether these will be lasting generational imprints of adolescence or whether they will be muted in adulthood.”

This latest report also found that academics tops the list of pressures facing young people: 61 percent of teens say they feel a lot of pressure to get good grades, much higher than pressure to look good (29 percent) or fit in socially (28 percent).

Some of the teen’s concerns appear to be linked to their family’s economic status. For those teens living in households earning less than $30,000 a year, half or more view drinking alcohol (50 percent), teen pregnancy (55 percent) and poverty (55 percent) as major problems. That’s less so for teens in households earning more than $75,000 a year, where the shares are, respectively, 43 percent, 22 percent, and 29 percent.

“Tracking this new generation over time will be important,” says Dimock.

For her part, Parker, the center’s social trends researcher, notes that the views of Gen Zers more closely align with Millennials than they do with previous generations and that the two groups together will make up a sizable block of the American population and have a significant impact on society.

“Surveys of today’s Gen Zers are not a crystal ball, with firm predictions of future views,” she says. “But they offer a window in which to look at where the nation is headed. That’s what’s so exciting about starting to learn about this new generation.”

Daniel LeDuc is the editor of Trust. 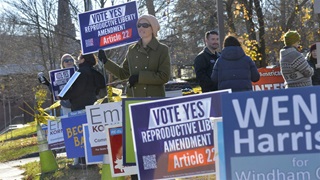 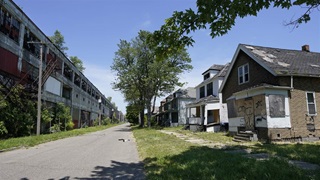