When It Comes to Conserving Canada’s Boreal Forest, Caribou Are Key

In its spring report on the health of Canada’s 51 boreal caribou herds, the Canadian government found that only 14 of them were on track to survive in the long term. Their numbers decreased by more than 30 percent over the past 20 years, in large part because of loss of habitat from logging and industrial development, the report concluded.

Many Indigenous groups are working to protect this vital habitat. For example, the Peoples of the Ungava in 2013 created the Ungava Peninsula Caribou Aboriginal Round Table to improve caribou management across 580,000 square miles of Quebec, Labrador, and Nunavik.  In 2017, the community of Déline in the Northwest Territories adopted a management plan recognized by the regional government for caribou around Great Bear Lake.

Valérie Courtois, director of the Indigenous Leadership Initiative, discusses the importance of the boreal forest to the survival of the species and Indigenous traditions.

Why are caribou important to Canada and Indigenous peoples?

I’m an Innu woman, and for us, caribou is the central animal, spiritually and in the natural world. Our elders often say that caribou and Innu are the same. From an ecosystem and Canadian point of view, caribou is also a keystone species. Where it exists, other things exist around it. And if it disappears, that leads to other things around it disappearing.

The Canadian government’s report speaks to the fact that all caribou in Canada are now in some form of danger of extinction. They’re all listed—or about to be listed—under the Species at Risk Act.

How are the health of caribou and the boreal forest linked?

Caribou are the largest ranging ungulate species, which means that they need large habitats. They’re also particularly sensitive to any kind of disturbance, harassment, or noise. Studies show, for example, that caribou will avoid many disturbances, such as roads, by over 20 kilometers.

Because of these characteristics, they are often one of the first species to display impacts from environmental degradation. So if there’s something up with caribou, we need to look deeper into how our decisions are impacting the environment.

Elaborate on the relationship between caribou and your people.

When there are caribou around, they’re the main part of our diet, what we make our clothing out of, what we make our drums out of. And our drums are what we pray with. If they disappear, we don’t necessarily have alternatives for that kind of practice. Caribou is really, really important to us. And if there are no caribou, what will become of us? It’s time for Indigenous peoples to take the leadership of protecting that species because of its critical nature to our culture.

How are you doing that?

We started getting alarming signals from the inventory work on caribou. The George River herd in the early ’90s was the largest herd of any ungulates in the world—almost 1 million animals. In 2013, a survey showed that number had dropped to 74,000. So the leadership of the Indigenous Nations that depend on the herd called for an emergency summit in northern Quebec, and people agreed that we needed to start to work together.

It was the first time those groups ever got together on any issue, and that’s a real testament to the importance of the species for all. Five years into the process, we’ve developed our own caribou management strategy, based first and foremost on our cultural responsibility to the species and its ecosystem values.

How does that strategy differ from government caribou management?

Ours is much more sophisticated. The tool the governments use is what I call the on-off switch: essentially allowing hunting (on), then banning it (off). There’s very little nuance in that tool. Our strategy proposes more of a circular way of decision-making based on indicators and conditions about the cycle of caribou.

We also have Indigenous guardians who protect and monitor the herds so that our governments can make good decisions. It’s not just about flying in a helicopter, putting a collar on a caribou, and then letting the animal go. It’s about observing caribou as they are, and that allows us to get a lot of information that Western science doesn’t.

Western science is all based on collaring caribou. The collars were first installed in Canada in Labrador in the early 1980s to track how military activities were affecting the animals, but the Innu feared this might have a negative impact on them. When I first went to Labrador, I was a 24-year-old varsity hockey player doing forest inventory. A military plane on low-level maneuvers flew overhead, and it knocked me on my back. My first thought was, “Wow, if this did this to me and I knew what that thing was, imagine what that feels like for a caribou to have the same thing happen.”

Western science only has a picture of how caribou move for part of their 70- to 90-year population cycle. Our knowledge of and relationship with caribou date back nearly 10,000 years.

What more could be done to protect caribou?

Our boreal caribou have been listed in the Species at Risk Act since 2003, and but there’s still been a steady decline in their numbers. And there’s been very little involvement of Indigenous peoples up until very recently. Now Indigenous governments are regaining their power and their roles on their lands, and caribou in the boreal forest will be better off for it.

Canada is a resource-based country. We depend on a lot of extraction for our economy. But we’re also a country that wants to do right by its people and by its land. We must have a hard conversation about whether we want to have caribou in our future.

What roles can Indigenous Protected Areas and Inuit Impact and Benefit Agreements play in caribou management?

Both of those mechanisms could be very helpful. When Indigenous peoples are given the space to make decisions on their land, they tend to be much bolder in terms of the conservation. When Innu consider lands for forestry, the first question isn’t, “Where can we build a sawmill?” It is, “What needs to stay on this land for us to remain Innu?” And, “What can the land spare, if anything, to be able to do this other activity?”

We are running out of time to get this right, but if we take the Indigenous conservation approach, we stand a much better chance of leaving our children a healthy boreal forest and a healthy caribou population.

Canada’s boreal forest is known as North America’s bird nursery for good reason: It’s the breeding ground for almost half the birds on the continent. 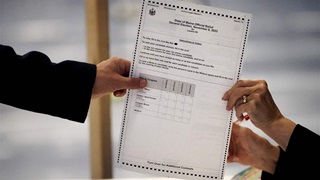 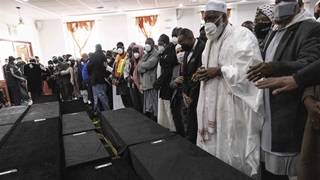