I. A Big Win for Tiny Antarctic Crustaceans

Antarctic krill—the small shrimplike crustaceans that are a critical food source for key species in the Southern Ocean, namely penguins, seals, and whales—have been a target for fishing companies in ever-expanding numbers. Since 2010, the global catch has increased by 40 percent, and since 1980, the krill industry has shifted its efforts from all regions of the Southern Ocean to concentrate on the waters around the Antarctic Peninsula, where large coastal areas are key forage grounds. Today’s advanced industrial fishing vessels can vacuum up krill, allowing for a large catch in a short period of time.

But now, this linchpin species in the Southern Ocean food web will catch a break. In early July, the Association of Responsible Krill harvesting companies (ARK), which represents 85 percent of the krill industry in the Antarctic, committed to stop fishing in sensitive coastal areas around the Antarctic Peninsula. ARK members also pledged to support the creation of a network of marine protected areas surrounding the continent that would include large no-fishing zones.

Historically, krill has been plentiful. In fact, scientists believe the total weight of all Antarctic krill is greater than the cumulative weight of any other animal species on the planet. But today, the demand for krill is higher than it’s ever been. It’s used in animal feed for industrial farming and aquaculture, as bait for fishing, and in the popular omega-3 supplements many people take. The combination of increased fishing around the peninsula and warming waters has reduced the availability of krill for the marine species that depend on it.

Pew is working to encourage more fishing companies in Antarctica and around the world to follow suit.

Approximately 12 million Americans use payday loans annually. The only requirements to obtain these short-term, high-cost loans that are usually due on the borrower’s next payday are a checking account and a source of income. Typical borrowers earn about $30,000 per year, and most use the loans to cover recurring expenses such as rent, mortgage payments, groceries, and utilities. These loans carry large payments, typically taking one-third of a paycheck, leaving these consumers in a cycle of debt.

In July, Ohio Governor John Kasich (R) signed into law bipartisan payday loan reform that promises to save consumers in the state more than $75 million annually in interest rates and fees. Known as the Fairness in Lending Act, the law provides for lower fees and affordable installment repayments, typically giving consumers several months to repay and a clear pathway out of debt. The provisions balance the interests of consumers while maintaining a viable business model for lenders, and ensure that borrowers will continue to have access to credit.

“By enacting a bipartisan measure to reform payday lending, Ohio legislators have helped protect borrowers from the cycle of debt that has harmed hundreds of thousands of residents while ensuring that they continue to have access to credit,” says Nick Bourke, director of Pew’s consumer finance project. “The Fairness in Lending Act is a model for reform in states where payday loan stores operate.”

The Pew team began researching Ohio’s market in 2014, finding that payday loans there are the country’s most expensive. A typical consumer who has a $300 loan out for five months, for example, would pay $680 in fees. It will cost about one-fourth that amount under the new law.

Federal rules for payday loans are not expansive enough to protect Ohio consumers. The Consumer Financial Protection Bureau, the federal agency that sets rules for payday loans, has proposed that lenders review borrowers’ credit reports and evaluate their debt obligations before making loans. But under this requirement, lenders are still allowed to issue 400 and 500 percent APR payday and auto title loans in Ohio. Only the Ohio General Assembly has the power to license lenders and set reasonable prices and other terms for these loans.

“The payday loan reform in Ohio creates a balance between quick access to credit and making sure that the credit is safer and much less expensive,” says Bourke. “It will save households from financial distress by ensuring loans are still widely available, but on terms where they no longer pay more in fees and interest than they originally got in credit.”

III. An Influx of Immigrants Is Changing Philadelphia

Philadelphia had more than 232,000 residents in 2016 who were born abroad, an increase of 69 percent since the beginning of the century, with these immigrants representing 15 percent of city residents, 19 percent of workers, and 14 percent of those living in poverty.

The findings come from an analysis released in June by Pew’s Philadelphia research initiative, which found that immigration has become a major driver of population growth in the city in recent years, with long-term demographic and economic implications for the city and region.

The report painted a statistical portrait of immigrants with the goal of informing discussion about their impact on the city. It looked at their economic and social characteristics—including countries of origin, income, education level, and work status—and examined how those things have changed in recent years. It also compared the findings with the nation, the Philadelphia suburbs, and nine other major cities: Baltimore; Boston; Denver; Minneapolis; New York; Portland, Oregon; San Jose, California; Seattle; and Washington.

The study relied primarily on the latest available census data, from 2016, and included results of a public opinion survey taken by Pew that year. In that survey, immigrants were overwhelmingly upbeat about the city’s future and more positive than U.S.-born Philadelphians about certain elements of city life, such as public schools. Most U.S.-born Philadelphians, for their part, had positive things to say about immigration, and nearly two-thirds described themselves as “sympathetic” or “very sympathetic” to unauthorized immigrants in the city.

Since 2000, all but nine states have significantly increased tax rates on cigarettes and other tobacco products. The extra dollars and cents from these “sin taxes”—which also include those levied on alcohol and gambling—have a dual and seemingly contradictory aim: to raise money for the state and to deter the behavior being taxed, which eventually can negate the first goal. A report released in July by The Pew Charitable Trusts and the Nelson A. Rockefeller Institute of Government analyzed the effectiveness of sin taxes as a revenue tool, examining trends from 2008 through 2016.

It found that despite the frequent tax hikes on tobacco products, inflation-adjusted revenue declined nationwide. The reason? As with alcohol, tobacco is taxed on the amount sold, not its value. And smoking dropped over the study period, in part because of the higher price, research shows. Alcohol use increased during the study period, with revenue rising as well without significant tax hikes. But because such gains depend on either higher consumption or raising rates, the report found them to be an unreliable long-term source of revenue.

And for lawmakers tempted by another traditional sin tax—on gambling—the report urged caution: Revenue growth from newly legalized casinos and “racinos” (casino-racetrack hybrids) tends to be short-lived. Competition is a significant factor, suggesting that as more states legalize these activities, those already collecting gaming revenue could see further erosion in these tax streams.

U.S. Senator Susan Collins (R-ME) has long been troubled by skyrocketing drug prices and has worked across the aisle to champion bipartisan legislation that gives consumers more affordable choices. In July, she spoke at Pew’s Washington office about evidence-based solutions to manage prescription costs and ensure that Americans get the medicine they need.

When 51 Percent Might Not Mean a 'Majority' The Big Picture 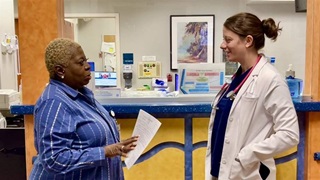 Treating Addiction in the ER 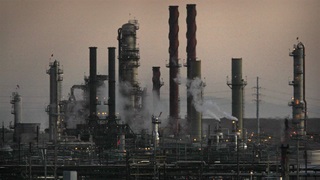 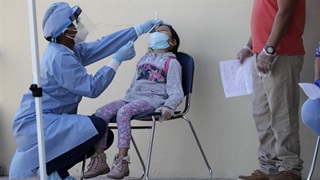