“Water,” Leonardo da Vinci said, “is the driving force of all nature.” And anyone who has seen the power and beauty of rushing water in its natural state would likely agree. But over time, people and industry became the driving force of water. Dams have turned rivers into lakes for energy, reservoirs for drinking, and canals for shipping. Wetlands have been drained for houses, hotels, and crops. Flood-prone rivers have been tamed. And just in the last half-century, modern drilling and pumping technology has allowed groundwater to be tapped on an industrial scale for agriculture and personal uses.

In this fourth issue of Trend, Charles Fishman describes the last 100 years as “a golden age of water” that helped increase life expectancy, cut infant mortality, and control waterborne illnesses in the United States. Now this golden age of plentiful, free, reliably safe, and mostly taken-for-granted water has given way to a new era that requires careful stewardship of our water resources, a policy imperative that we explore in this edition.

As hydrologist Jay Famiglietti explains, wet regions of the globe are getting wetter and dry regions are getting drier. The effects can include severe flooding, extreme drought, longer fire seasons, and water-driven conflict. And the challenges we face don’t end with the water we can see. In some parts of the world, water below the ground is being taken out of aquifers at unsustainable rates, water tables are dropping, and reserves are shrinking. As a result, some food-producing areas are threatened and the natural cycle of replenishment is disrupted.

Policymakers, business leaders, and individuals all have a role to play in managing our interconnected water supply. The good news is that some progress is being made.

Hydrogeology professor Graham E. Fogg points out that new advancements “now allow us to monitor groundwater levels across a groundwater basin in real time nearly as easily as we can a surface reservoir.” And 1995 Pew fellow in conservation and the environment Sandra Postel offers examples of innovations in the U.S. and abroad to better use, manage, and value water—from drip irrigation in Arizona and projects in Philadelphia designed to prevent runoff, to more efficient appliances and healthier soils that can store more moisture.

In the 21st century, we can no longer assume we’ll always have enough clean water. Instead, we must learn to manage, protect, and replenish our water supply. So read along and learn more about the history and future of water—and the policy changes we need to consider to preserve nature’s life-sustaining resource.

What Is a Water Footprint? The Future of Water 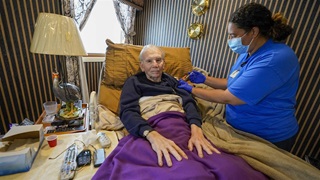 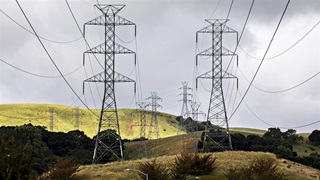